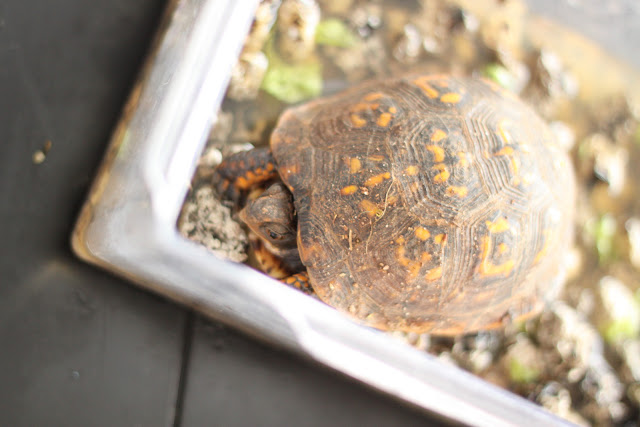 We were the proud pet owners of a wild box turtle for a mere two hours the other day.

I named him Tiny Tim.

I had a little turtle

His name was Tiny Tim.

I put him in the bathtub

to see if he could swim.


He drank up all the water.

He ate up all the soap.

He tried to eat the bathtub

but it wouldn't go down his throat. 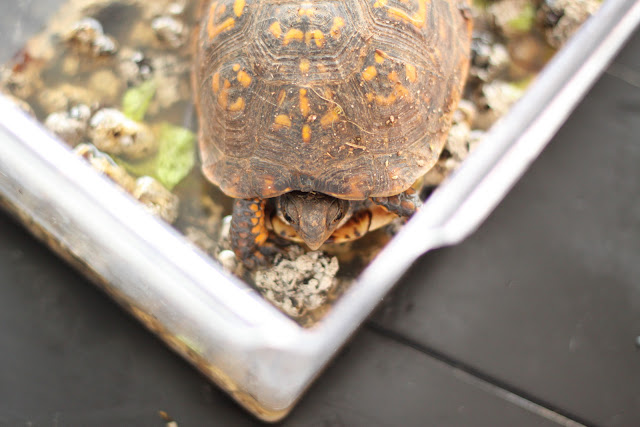 Jaina was like "Uh.. .what? His name is NOT Tim. Its Roger." and acted like Tim was the worst name ever for a turtle. 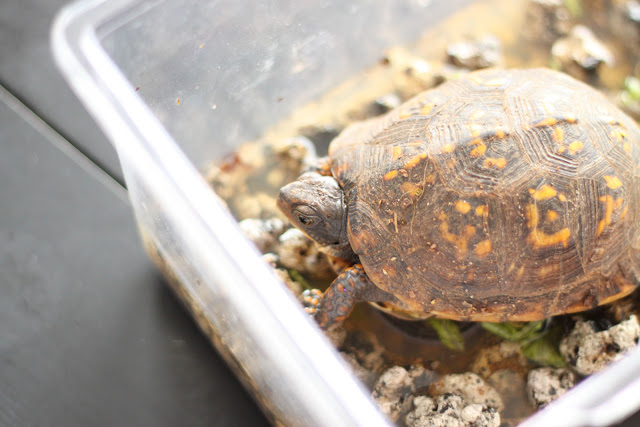 Roger was rescued from our dog's snapping jaws. The only thing that was keeping him from being eaten was the little hole in the ground by the fence. Shaggy loves to catch and eat critters in our back yard.

So, we brought in the turtle and put him in the old hermit crab aquarium. And then I promptly had Jaina go wash her hands. I remember reading about how many nasty germs live on turtles. Then she went online to see what turtles like to eat. While she was busy doing that, the turtle climbed up the side of the aquarium and bumped the lid off.

And he promptly went back in the yard in the woods, on the other side of the fence. 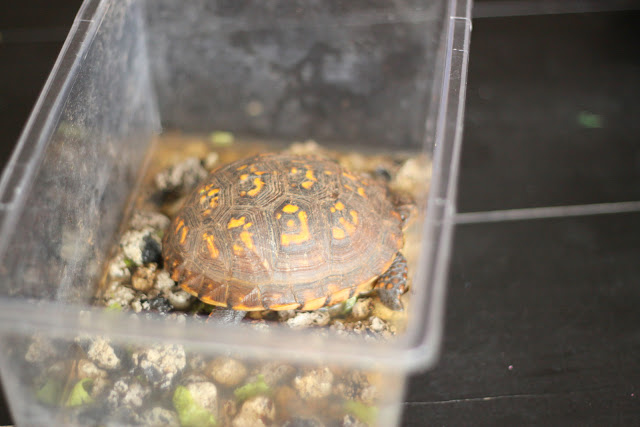