This past weekend officially marked the start of SPRING BREAK '09 for the kids.

And can you believe I didn't carry my camera with me at all this weekend?

Jaina's Best Friend Forever (you know, aka BFF) spent the night with us on Friday. We ate dinner at Zaxby's (Jayce is doing SO much better in restaurants lately!) and then the girls stayed up until midnight watching movies and eating popcorn.

Saturday was cleaning day (yuck!) with the only fun part being our McDonald's outing later that afternoon. My mom originally had agreed to babysit for the kids while Brian and I went to play Trivia at Terry's Tap Room, but since she has the rotavirus that we gave her, we decided to cancel those plans. Instead, the kids and I stayed up watching TV until 9:30 together. Then I was a goof and stayed up myself until 1:30 watching The Notebook on the Oxygen Channel, despite having seen that movie at least 10 times. Jayce wasn't sleeping well, so I put him in the bed with me. Brian woke us up at 2:30 AM when he got home and decided to sleep in Jaina's bed where there was more room, since Jaina was sleeping in the bonus room that night. Musical beds!

The next morning we made our typical Sunday pancakes. Instead of Mickey Mouse ears, Jaina wanted letters. Boy was I bad at making them! I'll have to ask my friend Ana how she does hers so well! I tried to make several "M's" for Mommy, but broke all of them. I managed two "J's" and two "W's" (why did I break the M's but not the W's??) for the kids, so they were happy. Brian was a grump and didn't eat any of my pancakes! 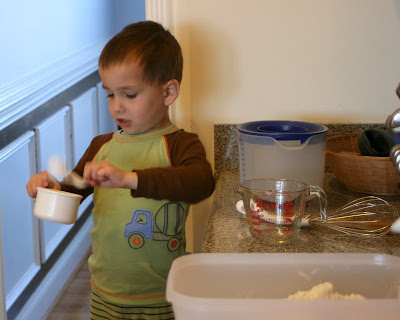 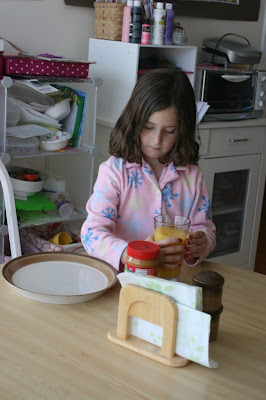 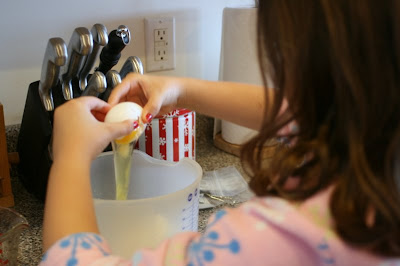 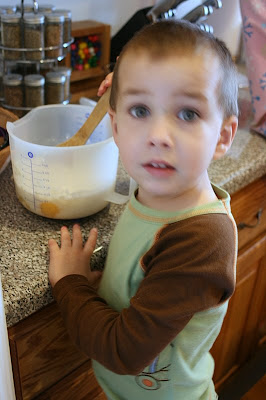 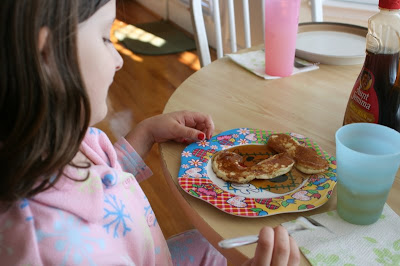 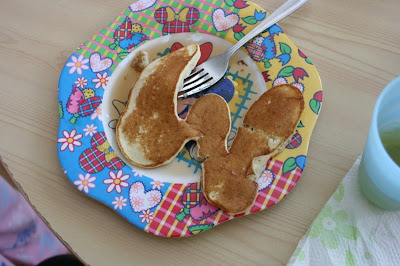 After our grocery store excursion, I was picked up by my friends Brittany and Chrissy and we all three headed up to the outlet stores. We went to GAP, Children's Place, Gymboree, Carter's, and Osh Kosh. There was a huge sale at Osh Kosh, so that's where I spent 1/2 my money. Now Jaina is entirely ready for Spring/Summer clothes :)

When I got home at 5:30 PM, the entire house was quiet. I found Jaina asleep on the couch, Brian in our bed, and Jayce in his bed. At 5:30 PM!!!! UGH! All you moms know that late afternoon/early evening naps are just evil! You can kiss bedtime goodbye when that happens. And you have an internal struggle about when and how you wake your kids up. I took the coward's way out and didn't wake Jayce at all. He slept until after 7:30 PM. But thankfully he was ready for bed again by 10:30 PM. But boy was *I* tired!
Email Post