And so it ends

I honestly didn't mean to leave any of you guys hanging.

After the IEP meeting at 10:30 on Thursday (which lasted an hour past the time slot they gave me), I headed to lunch with Jayce's former EI (early intervention coordinator) and his current private SLP. Since neither one could attend the meeting with me, we had to rehash it over some poppyseed rolls at FATZ Cafe.

Then, I raced home to get Jayce off the bus. Then raced over to Jaina's school to pick her up. Then raced home to get back in time for our afternoon ABA session. Then had to hurry and feed the kids an early dinner so we could get to a photo shoot I had planned for a friend's 2 year old at 7. 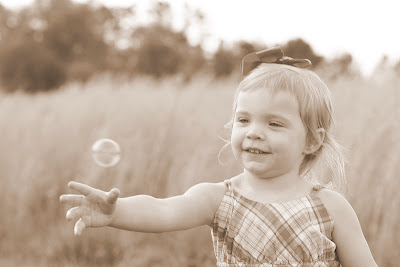 Then Jayce had a bit of a scene at the park where he was caught throwing mulch in a little girl's face. I removed him immediately from the situation (after apologizing for Jayce to the little girl) and went to go talk to Jayce about why its not a good idea to throw mulch. Jayce always has to understand the reasoning behind a rule or he just doesn't follow it just because someone told him to. 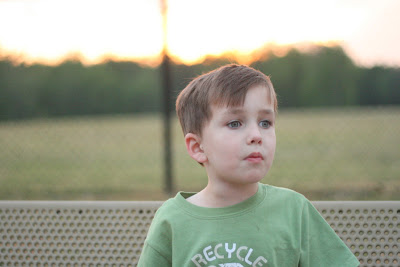 He refused to stay in time out for the first 2 minutes and then refused to leave the bench for 30 more. And then insisted that we leave the park right away. This is a perfect example of how some consequences that work with Jayce sometimes do not work every time. But, at least he did stop throwing mulch!

After giving the kids a quick dinner and putting PJ's on, it then took them until 9:45 to fall asleep. Jayce was beside himself, completely inconsolable. Just because Jaina told him he couldn't spend the night with Gray on Friday night. She had partially listened to a conversation I had had with my mom and got her facts messed up. I even called my mom on the phone so she could reassure Jayce, but by then he was so over tired he couldn't stop crying. It was a LONG night! And therefore, I did not have time to even think about that day's IEP meeting, much less blog about it.

But here it is!

The meeting started out fine. Each of the 6 people that the school brought in (OT, ST, SN 4K Teacher, Regular 4K Teacher, School Psych., and SN Coordinator) sang Jayce's praises. What mom doesn't like to hear that?

Yet, they didn't really show any evidence on his progress except for testing scores. This really bothered me. The OT was supposedly doing a handwriting curriculum called "Handwriting Without Tears" all year long with him. When I asked her to show me his book she said, "Oh! Well, we weren't expecting Jayce to write or anything at this age. We just worked on putting sticks together to form letters."

Um.... yeah. I don't know where the OT has been, but its pretty standard around here for kids to learn how to write their letters in 4K and then practice them in 5K. Even the Kindy teacher at Jaina's school told me they expect kids to already have a knowledge of letter formation before entering 5K. They don't do a handwriting curriculum in 5K because its not needed. So, basically, we're on our own for teaching Jayce handwriting skills this summer. Thank goodness for our ABA team! And total fail on the school's part, in my opinion.

Then we moved on to Speech. Jayce's testing still shows a slight receptive speech delay. However, it wasn't 1.5 standard deviations below the mean, so he was discharged. Her pragmatics checklist did not show a delay at all in pragmatics. Since that is the only thing all his private STs are working with Jayce, I seriously doubt the validity of that test as it applies to Jayce. But... oh well. We are lucky to have speech services every single day of the week. They can do so much more privately with him than at school.

Then the Psychologist went over her report. Yes, she saw some stimming when she observed him, but nothing that would "affect him educationally". Okay, if I had a dime for every time the school said that to me, I'd be able to put Jayce in private school!

It was what the Regular/typical 4K teacher had to say that I was most interested in. First of all, the teacher across the hall from Jayce's SN is wonderful. She is probably the best teacher in that entire school. She's not only good with the kids, she's excellent with communicating to the parents. Her classroom is always open, and she was going to let Jayce's ABA supervisior observe (until someone from SN got in the way!). Instead, she's going to meet with her afterschool one day and go over concerns she has.

She said she has absolutely loved having Jayce in her class a few times a week since January. She said that he understands the rules and follows them better than some of her regular students! The only concern she had was attention span, but reminded me that we are talking about a 4 year old little boy, who are famous for having short attention spans even without autism or ADHD. She said if Jayce were her child (and she actually has a 4 year old named Jace, how cool is that?) she thinks his time spent in regular 4K did help him prepare for next year and she would want to see how he does in regular 5K before getting worried.

This is where I said my piece.

I then asked for interinent IEP for the first 30 days of Kindergarten. They said no. They said that right this minute Jayce does not qualify for an IEP through a developmental delay diagnosis and there is no way we can keep one just in case. It would not be legal, according to the school.

This is where it gets tricky. Okay, legally, Jayce does not qualify for a DD diagnosis anymore because he has to have test scores that are 1.5-2 standard deviations below the mean. Jayce has always tested well and no longer has those documented delays on standardized tests.

HOWEVER.... I have the right to get him tested for educational autism and he would therefore qualify for a disability under the autism label. If the school disagrees to do this, they would be filing a due process complaint which is a legal action against us.

But, I didn't want to do this yet. Because Jayce's autism "does not affect him educationally" in a SN preschool class with supports, I do not have documentation to show that he is in need of this educational autism evaluation. It would make much more sense to wait until he's in 5K in the Fall with documented struggles to then request this evaluation.

So, my advocate said, "Let's get him a 504 plan." This is one step away from an IEP, but gives suggestions (not legally binding, though ) to the teacher on how to deal with Jayce's issues.

The school said no.

I was kind of in shock.... my friend ME had told me to qualify for a 504 plan, you just have to have a medical diagnosis under Other Health Impairment, which Autism is classified under. Yet, when I did my research last week, I could never find the exact State Department of Education criteria for a 504 plan.

The school says that to have a 504 plan, you not only have to have a medical diagnosis, but your child has to have that "medical diagnosis adversly affect him educationally in the classroom" See, I'd be rich I tell ya!

Here's the other phrase I was sick of hearing by the time I left: "Mrs. Walker, we don't have a crystal ball that lets us see into the future and predict what kind of help Jayce will need next year". No shit! That's exactly my point! We don't know how Jayce will do in a classroom with 24 kids for 6 hours a day with no support!

My advocate finally said, "Then we'll take this up next year. Go ahead and sign releasing him from his IEP. We'll document every action with his teacher in the Fall and request another meeting after the first 9 weeks of school."

My son is no longer in Special Education.

On one hand, we should celebrate. Hasn't this been our goal all along?

Playing advocate, though, I wish I felt better about it. Its hard to ignore your Mommy Instinct. How many times have you been wrong about your own kids when your gut is telling you something is up?

But, there is no room for Mommy Instinct in IEP meetings. We'll just have to see what happens next year.

Thank you for all the prayers, hugs, vibes, comments, etc. They meant a lot and I could feel you all supporting me. Thank YOU!
Email Post