Take a photo every hour for ten consecutive hours on the tenth of each month. Document a day of your life and find beauty among the ordinary moments. Then share your beauty with us!


Okay, I fail again!! Maybe one of these days I'll actually get 10 consecutive photos in 10 hours! Its just so hard!!


I forgot to do it at 7 when the kids and I were making a mad dash off to school, so I started a little after 8 AM when I had to let the dogs out. 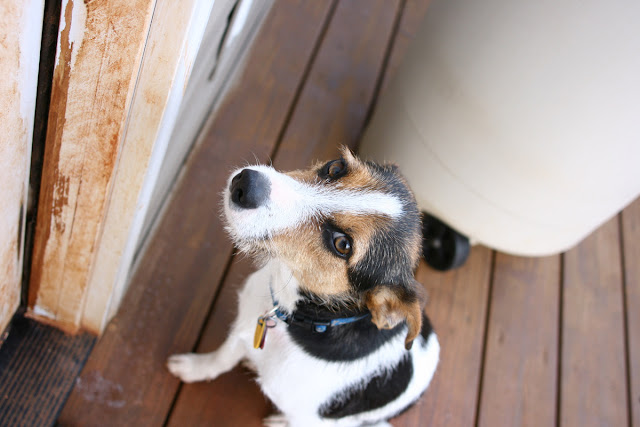 It was cold and Shaggy did NOT want to be outside. Which is kinda weird for him, actually. He'll go out in 19 degrees and lay under the swing and refuse to come inside sometimes! (and on a side note, do you see what our dogs are doing to our back door? Eeek!) 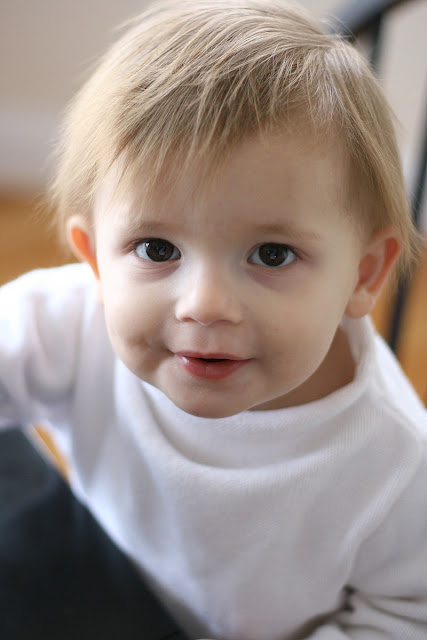 At a little after 9 AM, I found myself babysitting for my favorite 18 month old ever :) Really, when she comes over, its not like its even work. We just play and play and snack and play some more. Her mommy was at an OB/GYN appointment listening to her new baby sister/brother's heartbeat!

As soon as Cassie left, I had to go upstairs and get some work done. 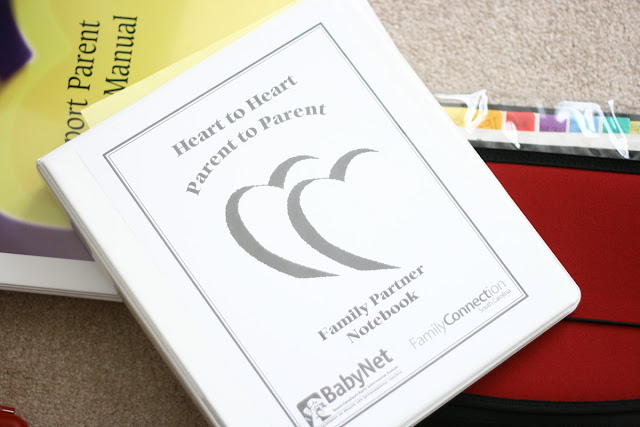 Working from home is hard! I am horrible at time management and also a procrastinator. I'm trying to force myself to work an hour every day instead of cramming 5-6 hours in on a single day at the end of the month! We have a Family Connections party coming up and I've got to personally call and invite all my families, so this time I have a deadline! 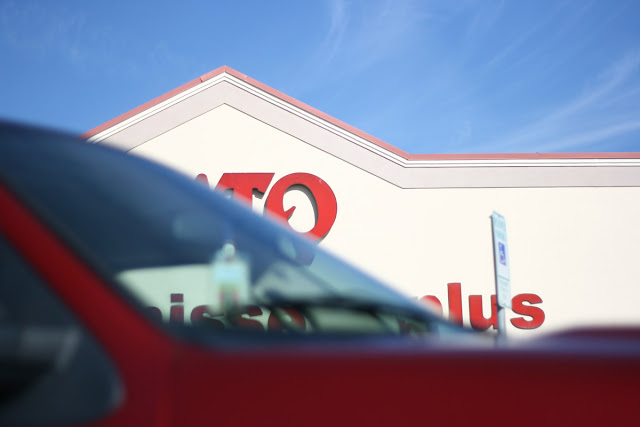 A little after 11, I was in my car heading to Cato's (pretty much the only clothing store on this side of town) to pick up a $10 scarf to use as my Holiday Gift Exchange present for Book Club later that evening.

Okay, here's where I fail. I picked Brian up at 11:53 PM. I was actually driving in the car when it was time to take my noon photo. I thought I'd remember to take a pic as soon as we got to Target, but I forgot. Then we headed over to Panera bread and tried to eat there. There was this really weird plastic burning smell outside the restaurant. However, the lines were too long and there were no tables available, so we went on to Toys R Us. When we were getting out of the car, we realized that it still smelled like burning plastic for some reason. Huh?

It was after 1 by this point and we were starving, so we stopped by Brian's old stand by. 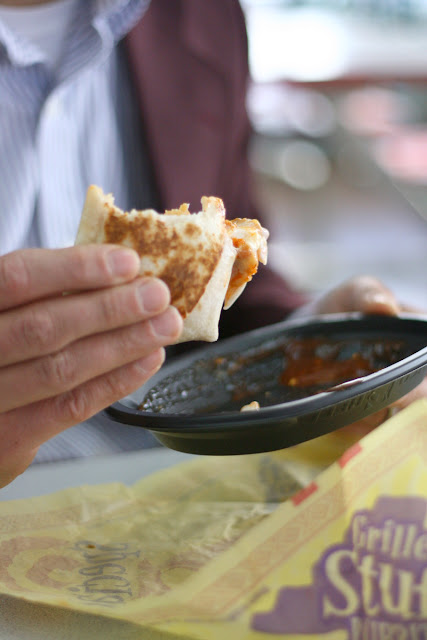 Its okay to make fun of my husband's purple sports coat. I do every Friday :)

At Taco Bell, we finally got clued into the fact that the plastic burning smell was actually from my car. Brian couldn't see anything when he popped the hood, so he advised me to take it to the shop as soon as I got the kids. 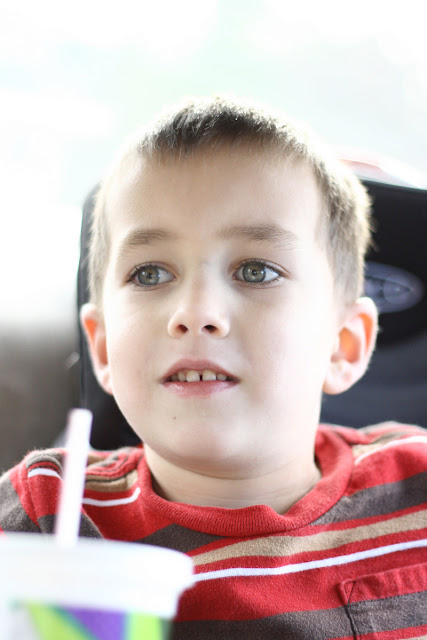 Where Jayce promptly steals my Dr. Pepper soda from Taco Bell. Who didn't see that one coming?

By this time, I'm really freaking out about my car. The smell is horrible! I'm thinking electrical fire of some sort! The kids are afraid my car is going to blow up or catch on fire, or both! They almost don't want to ride in it! I promise that we are going straight to the car shop and that everything was going to be fine. And this is the reason I don't have a 3 PM photo :)

I'm also freaking out because I have SO much to do this afternoon. I have a therapist coming at 3:00 PM, I have a babysitter (therapists cannot babysit, so I still have to hire someone) coming at 3:30, and a photography session (that had already been rescheduled 2 times before) at 4 PM. And then there is book club at 7. No way am I missing this stuff!

The wonderful mechanics at our favorite car garage was able to diagnose the problem in about 5 seconds flat.

"Well, I see you've been to Target today!" he says, after looking under my car.

The culprit? A plastic bag caught up under the engine. Smelly, but harmless.

I rush my kids home while calling everyone to say that we are fine and my afternoon will go as scheduled!

So, by 4 PM, I was photographing this sweet little girl: 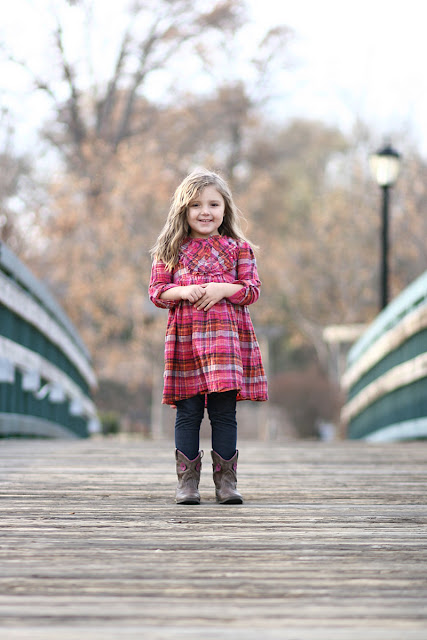 The sun sets shortly after 5 PM, so this was taken just a few minutes before we called it quits for the session: 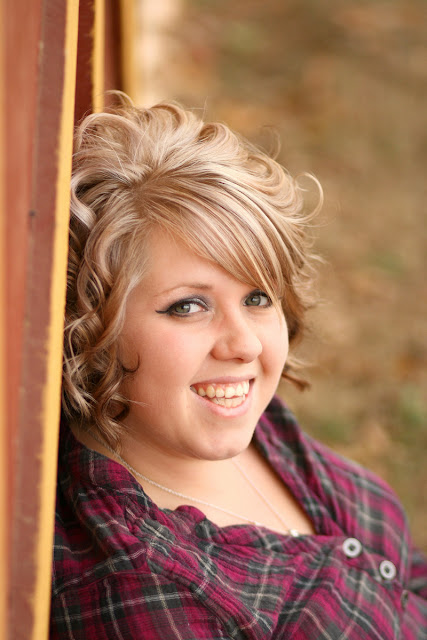 6 O'clock found me rushing around my kitchen making The Pioneer Woman's French Onion Stuffed Mushrooms to take to Book Club later. This would have been an excellent photo op, but I was way too busy to even think about finishing my 10 on 10.