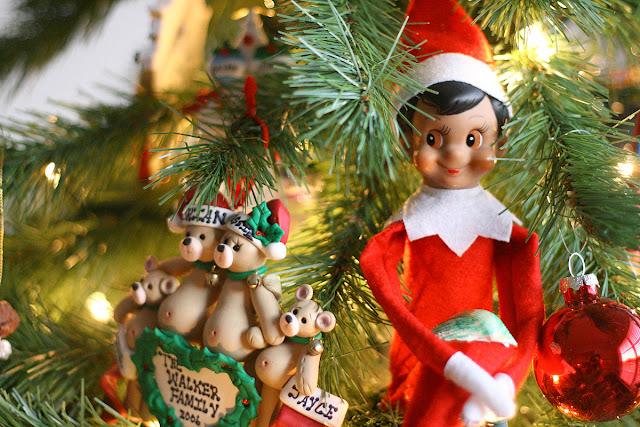 We said "Bye!" to Murray, our Elf on a Shelf, who travels back to the North Pole on Christmas Eve where he'll stay until next Thanksgiving. Jaina colored an "M" on a sea shell so he could take a memento back home with him.

Before bedtime, we put out our Reindeer Food (which the dogs later tried to eat) on the lawn and left some cookies and coke for Santa. We figured that Santa would be sick of milk by the time he came around down South.

And took our traditional picture in our new gymboree pajamas in front of the tree. 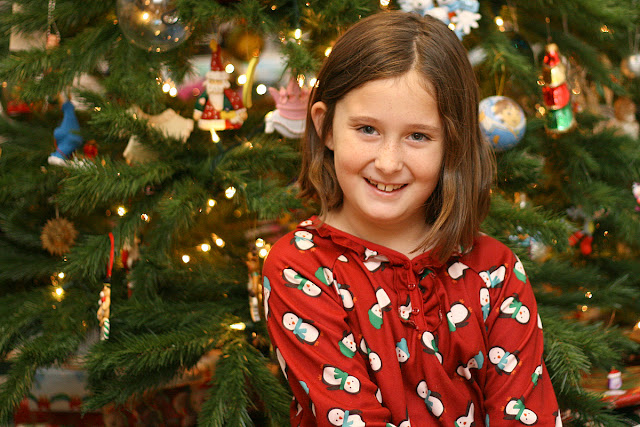 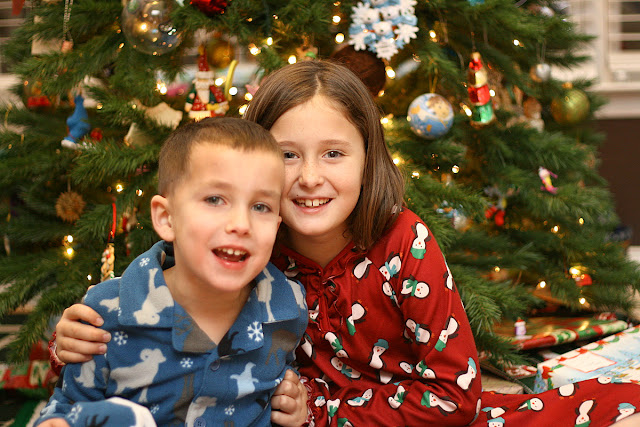 The kids finally went to bed at 10 PM, which is a whole 1.5 hours earlier than the last 2 nights before. They were hyped up!

We had given Jaina strict instructions not to come wake us up before 6 AM. 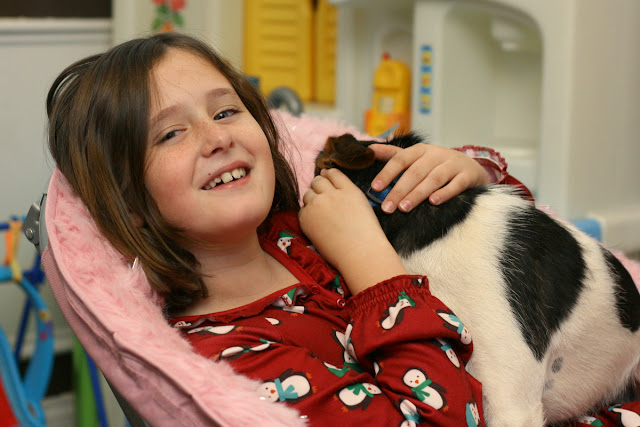 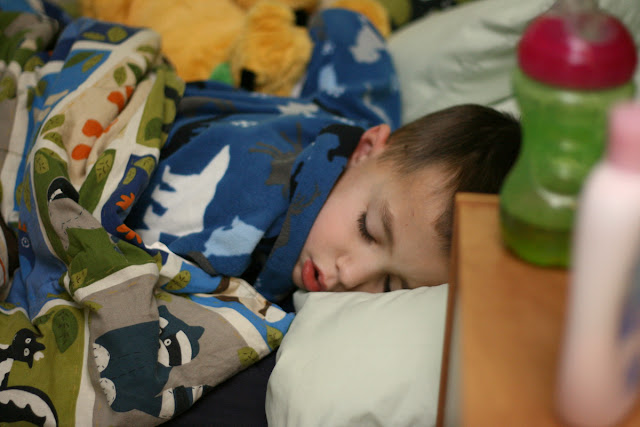 That big yellow thing behind Jayce is his new stuffed Pluto that Santa brought him. Jaina grabbed it from the stockings and put it in bed with him to try to entice him out. He just threw an arm over it and went right back to sleep!

The boys ended up sleeping until 8 AM. That means I had to deal with Jaina and her impatience for over 2 hours! We watched a showing of The Christmas Story on TBS to pass the time. 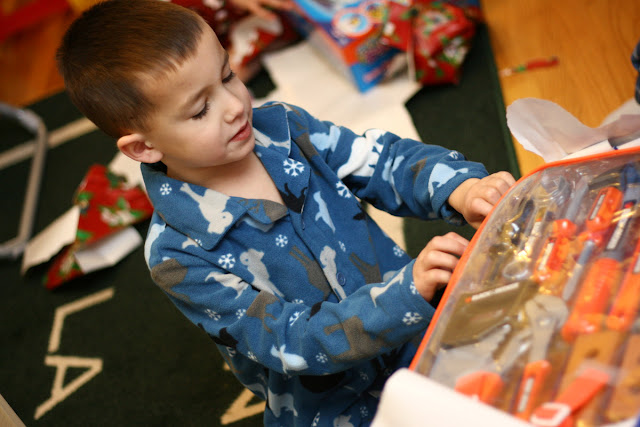 By the time he came to open presents, he was still half asleep!!

Jaina asked for several items from Santa that would have totaled about $300 if she received all of them. Instead, she only received one item on her list... an Ugly Doll blanket. 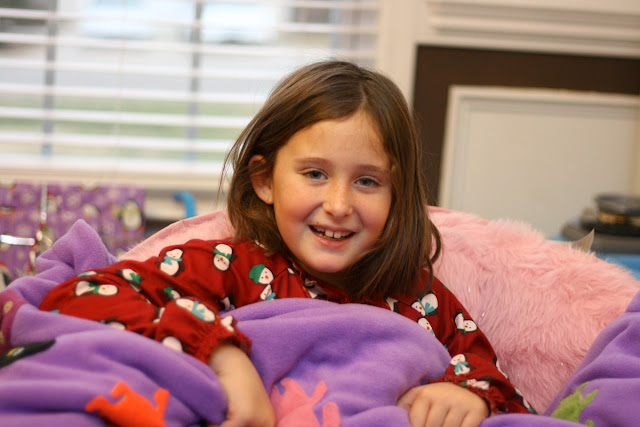 Oh, and a papasan chair. She had forgotten she had even asked for one! She's still holding on to the hope that she'll get a giant giraffe or a Go-Go Walking dog next year. I'm telling Santa "no" on the giraffe! We already have a zoo! 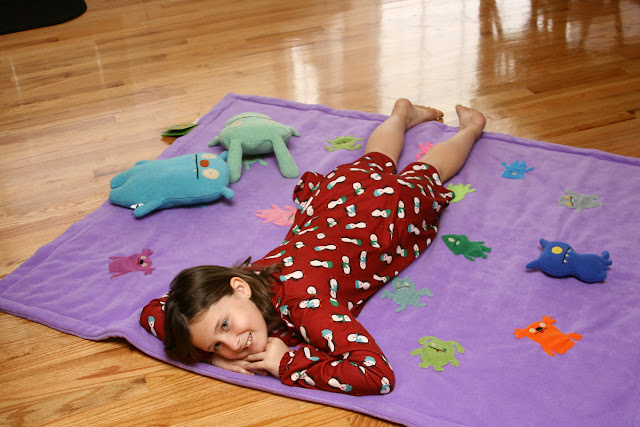 As you can see, her Ugly Dog and two Ugly Dolls (I forget their names) are featured on her blanket. She couldn't be happier :)

She also received a Build-a-Bear from Santa's workshop up north. It even says so on the adoption certificate! 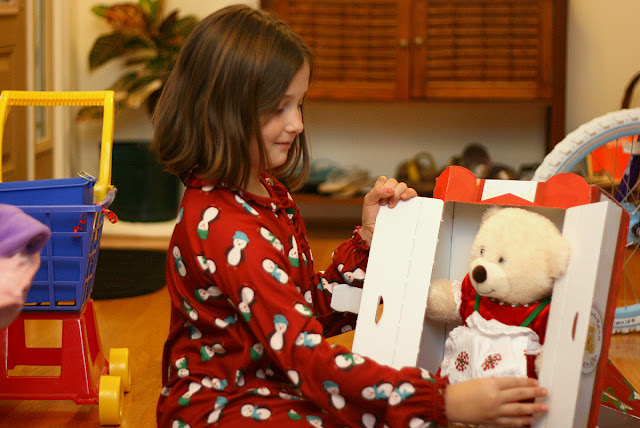 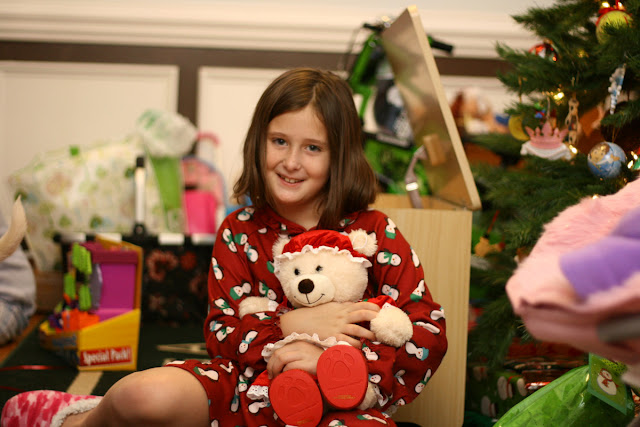 Oh, and she got Aqua Sand. Which I'm kind of already regretting. Its a little messy and annoying to clean up! 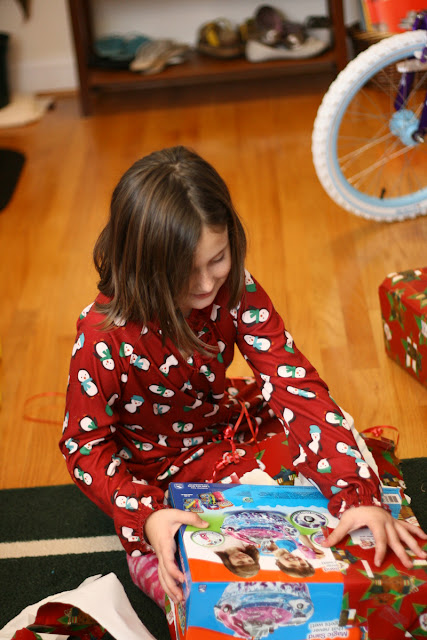 Jayce received a tool bench, batman stuff, and a toy box. The toy box was the only thing on his list. When he saw the other presents he said, "Silly Santa! He was only supposed to bring me one toy box!" 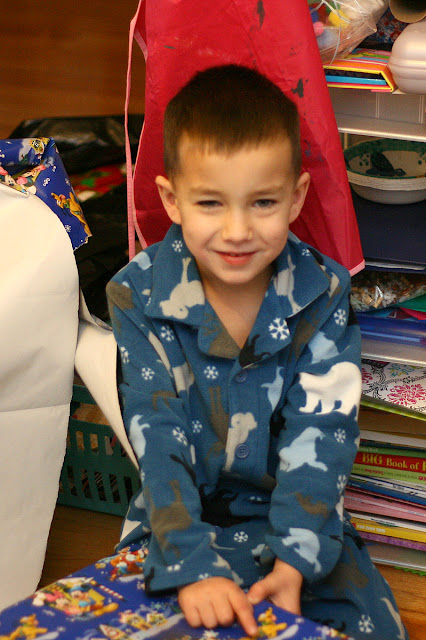 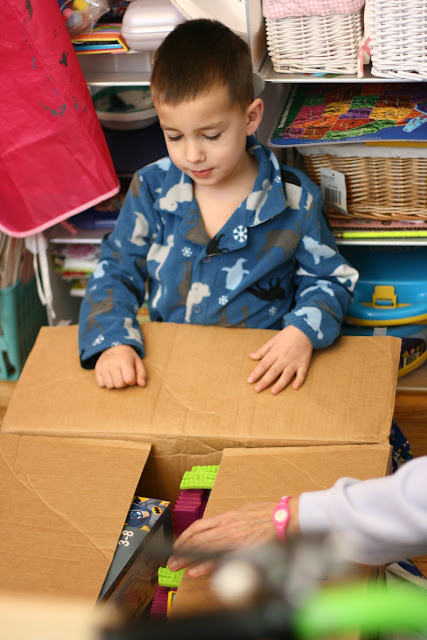 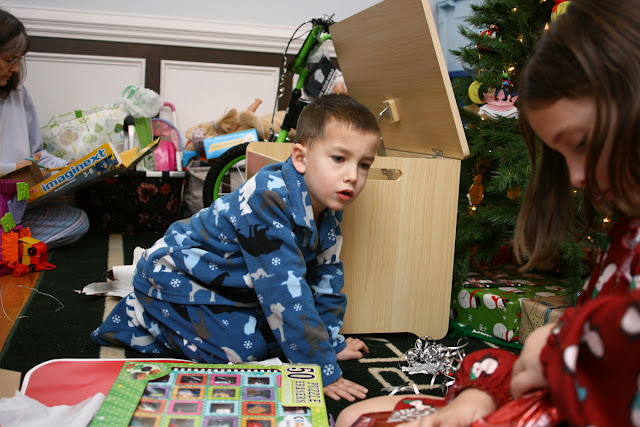 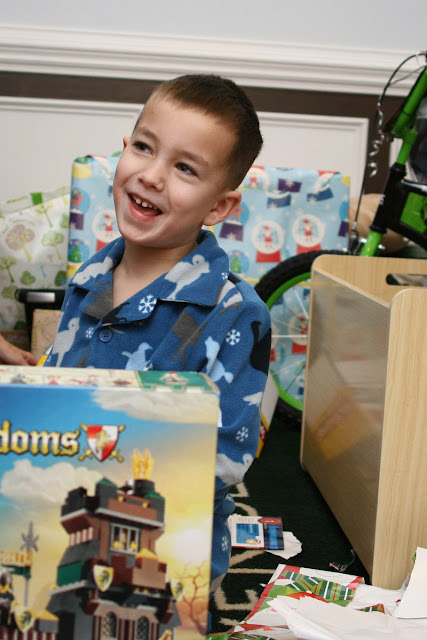 He also received 4 or 5 different sets of "big boy" legos! This is something that I think he'll really enjoy after he learns how to play with them :) But he didn't ask for them at all and couldn't figure out why every other present he opened was legos! I had told my in-laws and brothers that it was a great present idea. He would tear open the paper and say, "Legos, again??" It was too cute! 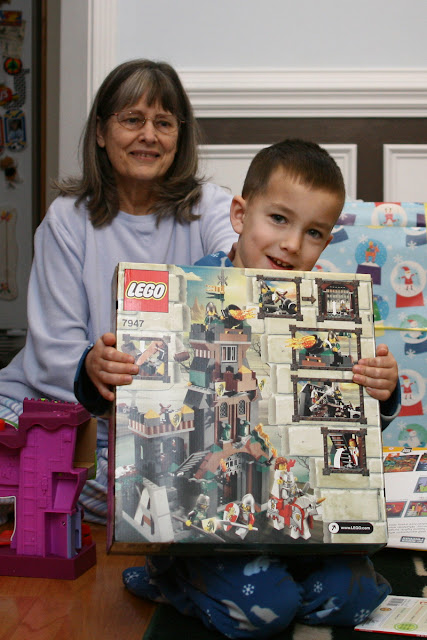 More of our Christmas to come later!
Email Post