I've been hearing about this whole "Elf on a Shelf" thingy for the past couple of years. And been completely ignoring it. But I'm not sure why? Its such a cute idea :) So I broke down and got one. (for 30% off at Barnes and Noble, too!)

Jaina and Jayce immediately decided on his name: Murray. You know, like in "Murray Christmas"? And its also a nod to our favorite red wiggle, Murray Wiggle. I think its a perfect name.

The first couple of days, Murray wasn't hiding anywhere too exciting. Just on the mantle of the fire place and on top of the DVD book case.

But on the 3rd morning, the kids found him in a much more precarious position: 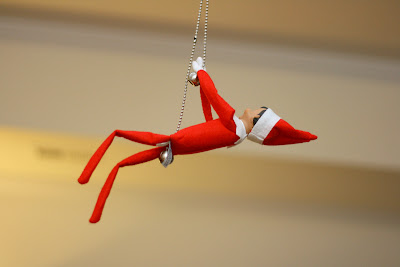 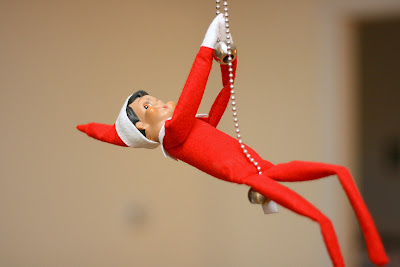 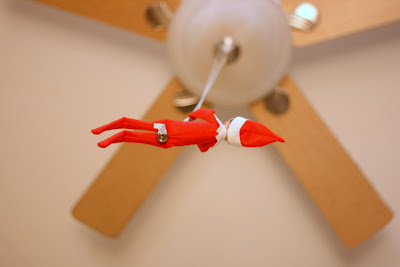 I think Murray likes to watch Mission Impossible on his time off.

We are so happy that Murray has joined our family. Jaina even wrote a poem to commemorate his arrival.

Murray is an Elf.

He sits on a shelf.

he's plain as can be.