Festivas for the Rest of Us

Just in case no one has any idea about what I'm talking about.... (because I certainly did not. I've been one of those people that just doesn't "get" Seinfeld.)
Let's see if that works...

So, my friend Patty decided to throw a Festivas party. Now, this is a big deal for my friend, who's name could also be the "Reluctant Hostess". She does NOT like having people over to her house, ever. I've known her for 5 years now and I've only been to her house a handful of times. And she's one of my best friends that I talk to on a daily basis! 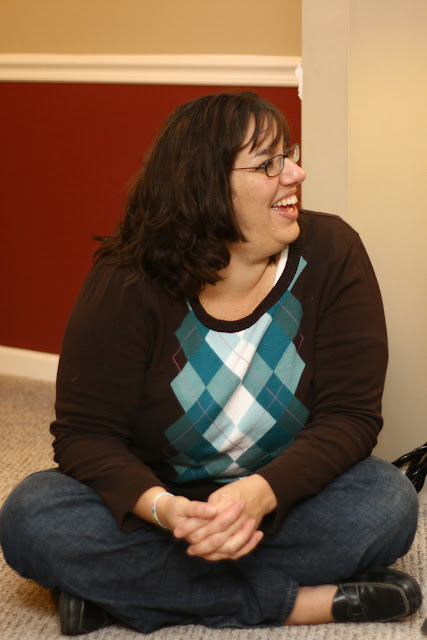 Way to go, Patty, for overcoming your fears!

It was a huge success :) 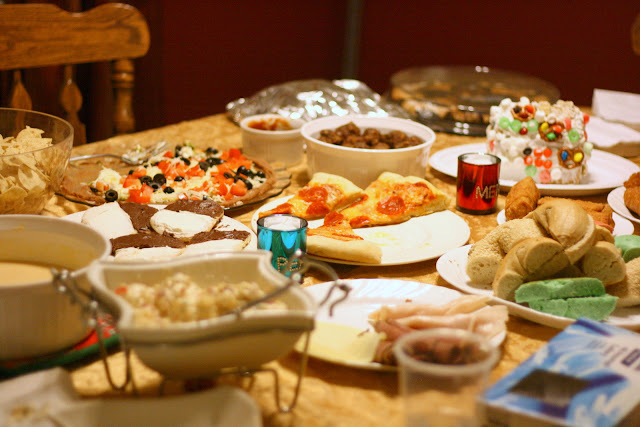 Everyone had to bring a side dish that related to a Seinfeld episode. We brought Lobster Bisque (from the Soup Nazi episode which I've actually seen!), Junior Mints (haven't seen that one), and Muffin Stumps ("that even the homeless wouldn't eat"). 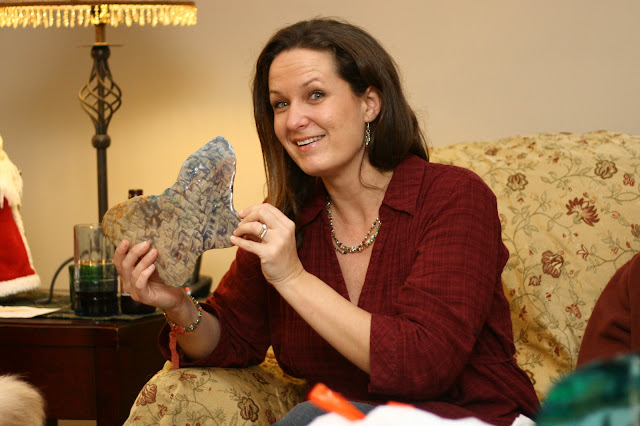 We exchanged random gifts junk that was just laying around our house. Here is my friend Jessica posing with a piece of pottery my stepmom made years ago when she first got into pottery. My friend Jeanne originally opened it and was very confused about what to do with it! She ended up pawning it off on our friends Jennifer and David, who were late arriving guests. They are now the proud owners of an original piece of Staska artwork. 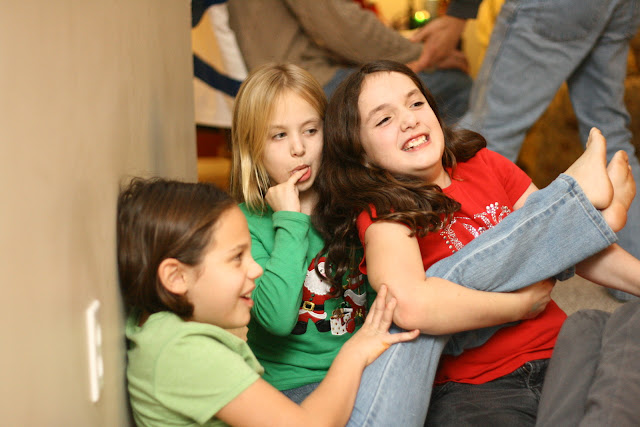 The kids saw my husband and Jessica engage in a "Feat of Strength" (sorry, no picture to use for blackmail later) and had to participate, too. 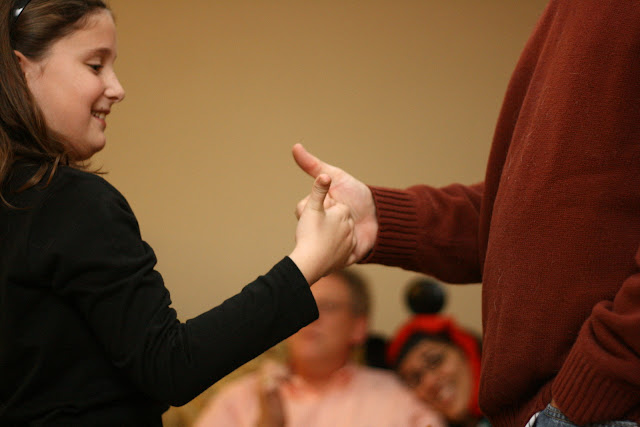 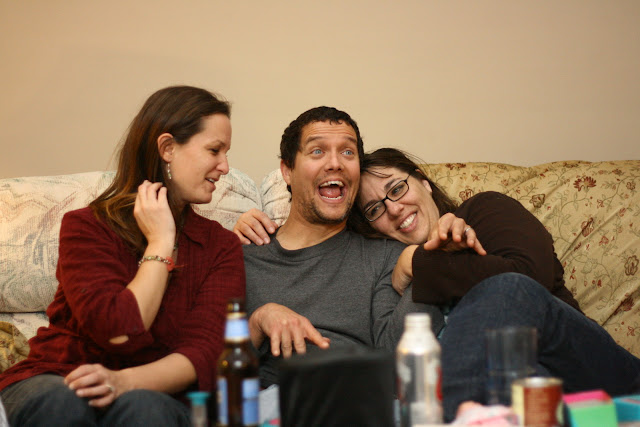 My husband had a very good time!

So good, in fact, that Jayce walked up to him and said, "Hey dad, give me some money from your wallet." 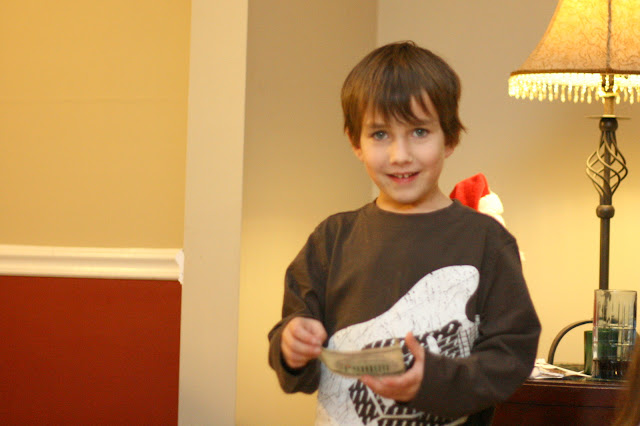 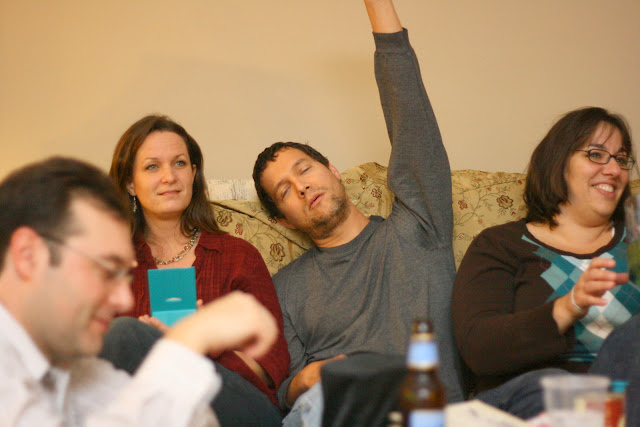 Did I mention that he had a really good time? Yeah, shots of super good tequila will do that to you. I was a little jealous. I haven't had tequila since Cinco De Mayo! Being pregnant will kinda do that to you. 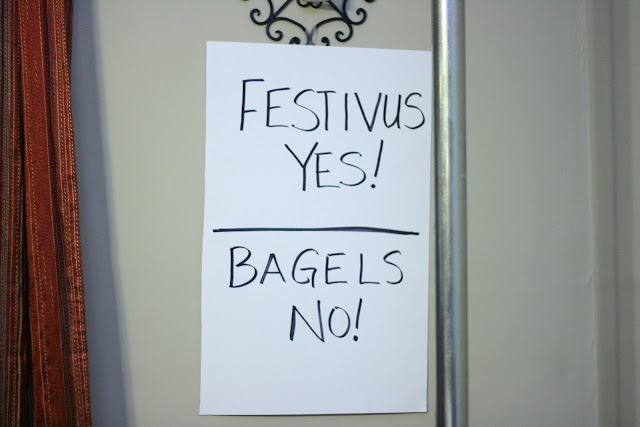 Yes, we had our unadorned aluminum pole. We didn't really air our grievances with each other. I think  we are too good of friends! I kept saying that I had just "brought my grievance" with me... my husband :) 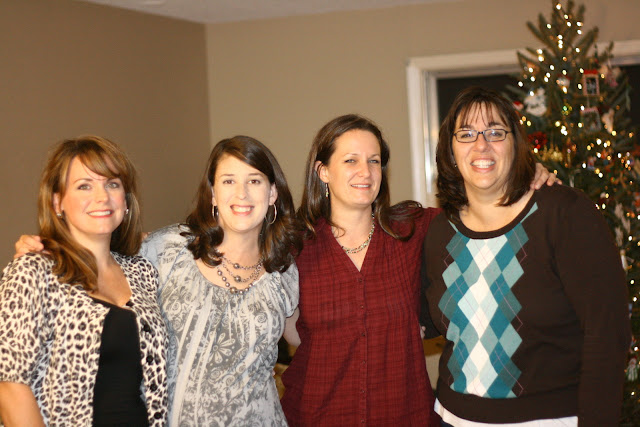 And here are us girls! Everyone but Jeanne :( She and her husband had to leave at 10 PM :( The rest of us stayed until 1:30 in the morning.

It was a great time and we can hardly wait until next year!!
Email Post
Labels: festivas pre-christmas