Okay, so I might be 5 days late in posting these, but at least I remembered to take 10 photos last Saturday! :) I love it when the 10th of the month falls on the weekend. Then my kids can actually be in the photos, too! 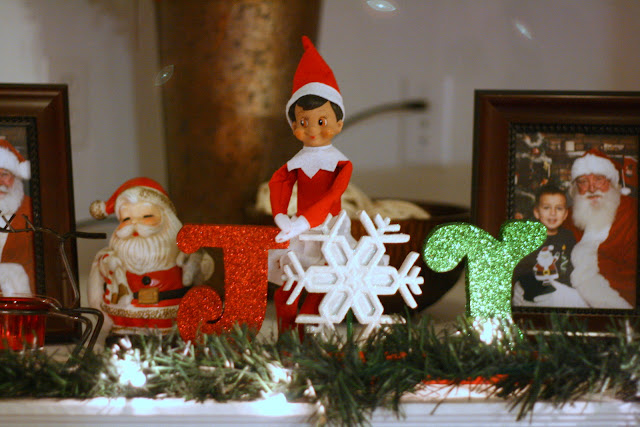 First thing we have to do is look for Murray in the morning. 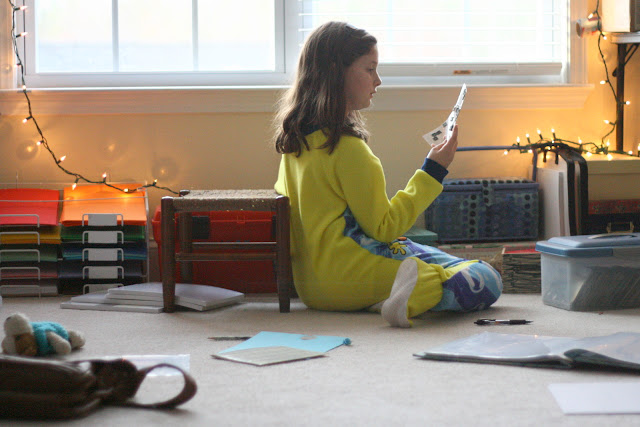 I had a ton of photo editing to do upstairs, so Jaina came up and crafted next to me. I think she was making a scrapbook. 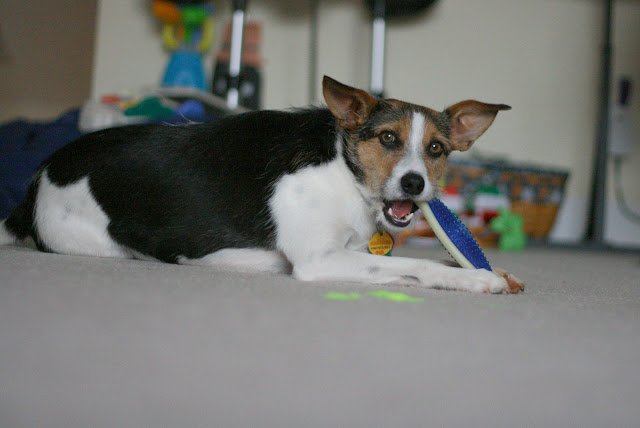 Shaggy likes to be where we are, so he came up an hour later, too. 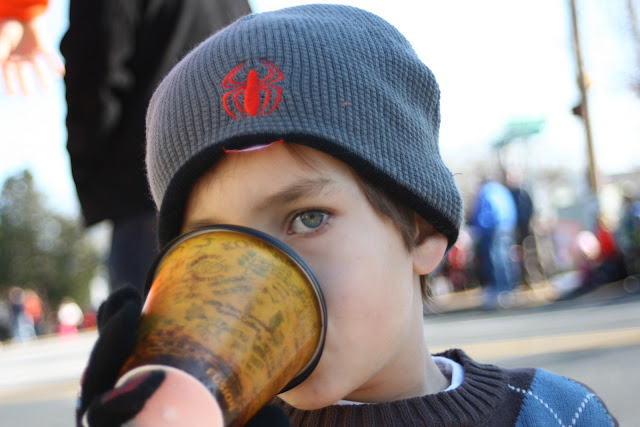 Then it was time for us to find our spot for the local Christmas parade. 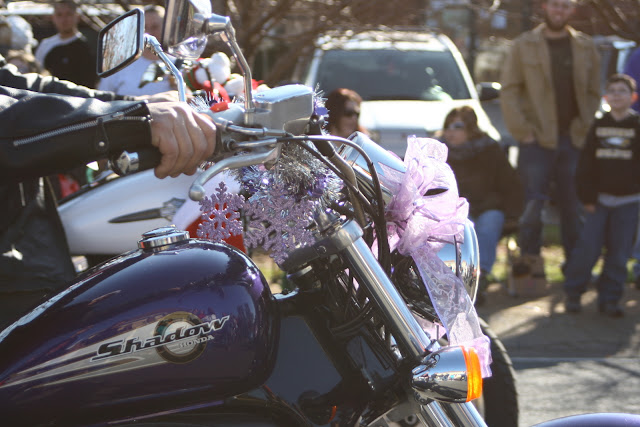 One of the kids took this picture at the end of the parade. I didn't feel like standing up, so I let the kids take turn with my camera since I couldn't see with all the people in front of me. 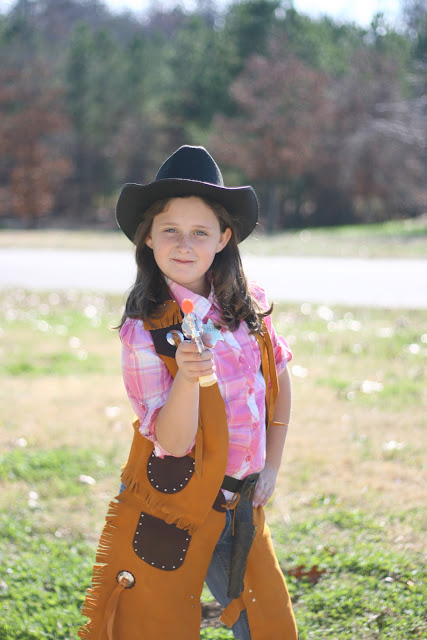 After the parade, we had to stop at a country feed store to get dog food. We feed our dog (formally plural) something called "Taste of the Wild" which was recommended by our groomer. It can only be found at specialty stores. The store also has a kids' toy section and Brian usually gets suckered into buying them something from there. This time it was chaps and a vest. 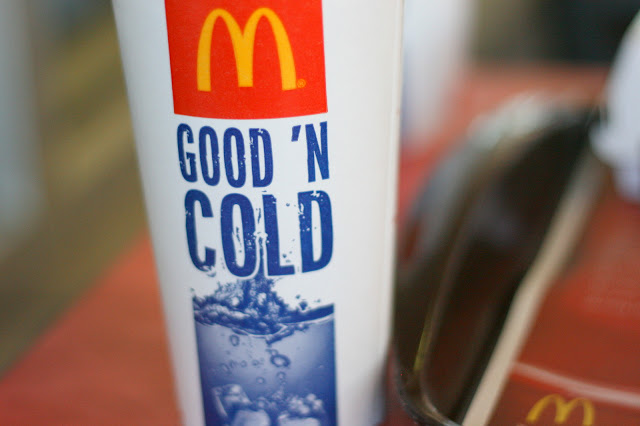 Then it was time for our typical Saturday lunch. We've been going to McDonald's for lunch on the weekend since Jaina was born. Its our one un-healthy indulgence a week.  I promise we cook a healthy dinner almost every other day! 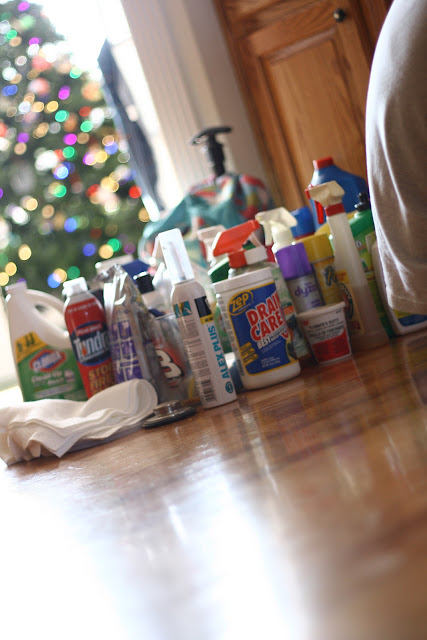 When we got home, we realized our dishwasher was clogged up and wasn't draining. Brian suspected a problem between the disposal and the dishwasher. So he had to take everything out from under the sink. I'm happy to report that he fixed it! 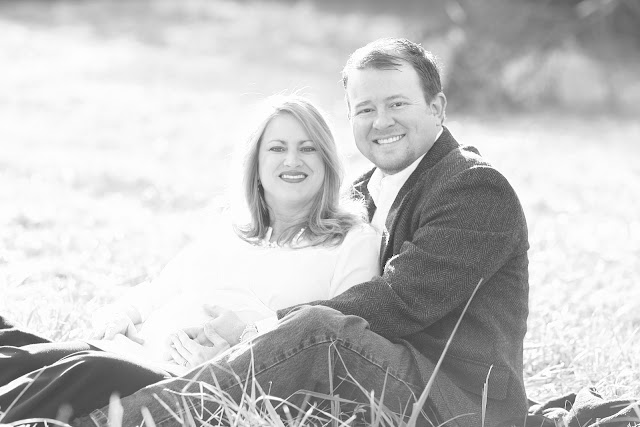 One of my very last photography sessions was scheduled that day as well. I had the pleasure of taking pictures of my "pregnancy buddy" who is due just a few weeks after me. 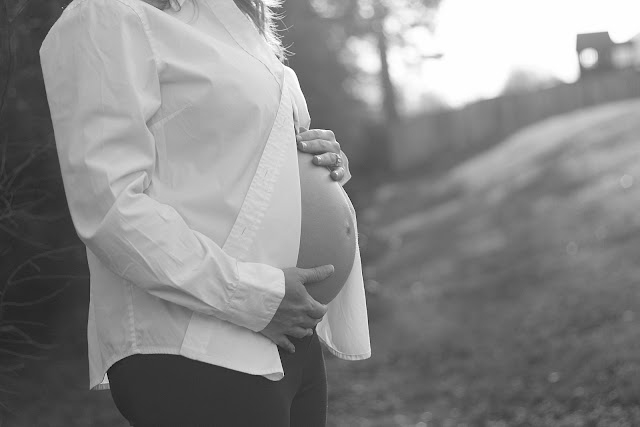 Its crazy how fast the light changes during this time of year. When I first got to their house, the sun was low, but still full out. Then, an hour later, it had almost set. 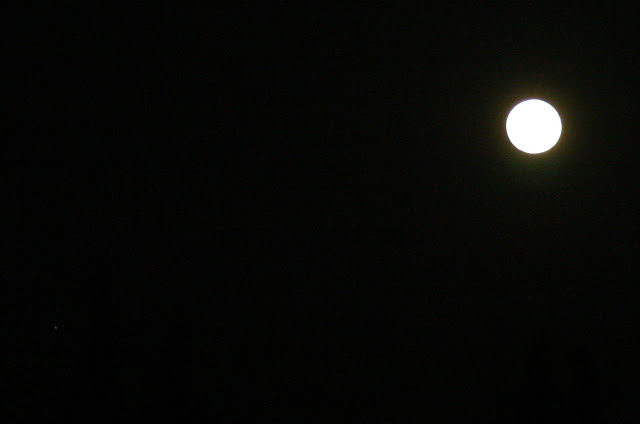 When I got home an hour later, it was already pitch black even though it wasn't very late at all.

I can't wait for summer to come back already and give me many more hours of sunshine!
Email Post
Labels: ten on ten