I think I'd better get this post up before Christmas comes, right?

I hope you caught all that :)

Just know that Brian and Thad have been friends for years and years. Thad's parents are like Brian's parents, only more Southern :)

Thad has recently married Danielle, who is now MY friend, and just happens to be due with their first baby 2 weeks after me.

Jaina decided to make place cards for everyone. 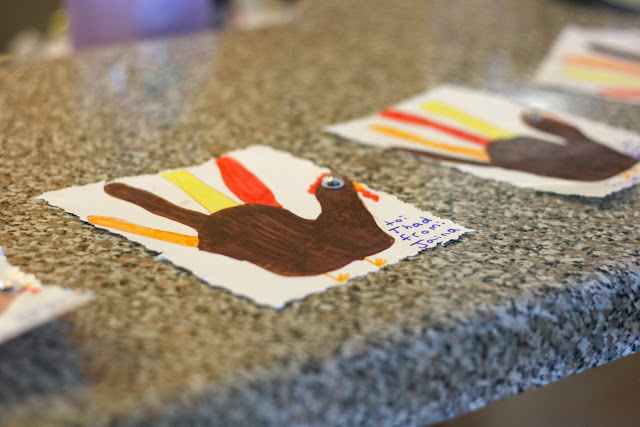 Its kinda slim pickins' around here in terms of Thanksgiving decorations. So I hung up the kids' artwork from previous years of school. 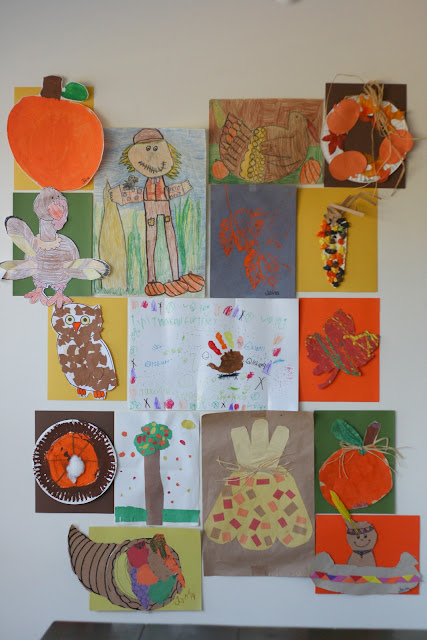 Jayce was SO thrilled to bring home his Turkey Placemat that he made in 1st grade this year. 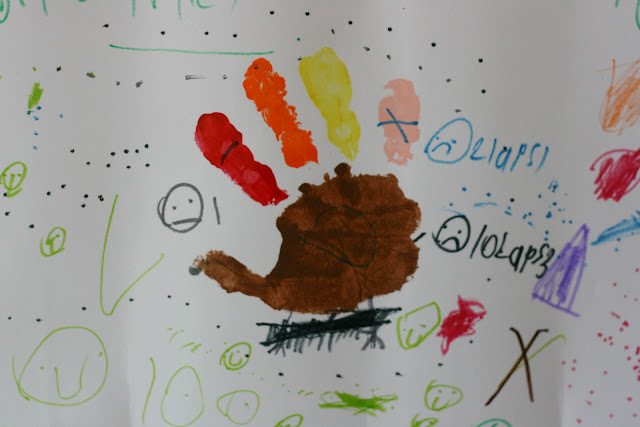 He exclaimed, "And my teacher lemonaded it!!"

"It means she LAMINATED it, sweetie. She ran it through a machine that put plastic on it so it won't get ruined."

Jayce now "lemonades" all of his art work with my mom's swiffer sweeper. I love watching his imagination take shape :)

Anyway, back to Thanksgiving....

We had a gift card to Wade's, so we picked up some mac n' cheese, cornbread dressing, and gravy from the restaurant to bring with us. I had no idea that this concept was so popular. We waited in line a long time to pick up our frozen pre-made food until the owner saw us and grabbed us out of line. The owner and his son kinda like Brian for some strange reason, so we were treated with VIP status that day. Some of the other people in line were telling us that they've been serving Wade's food at their Thanksgiving table for 10 years or more!

The only things I had to make were a squash casserole: 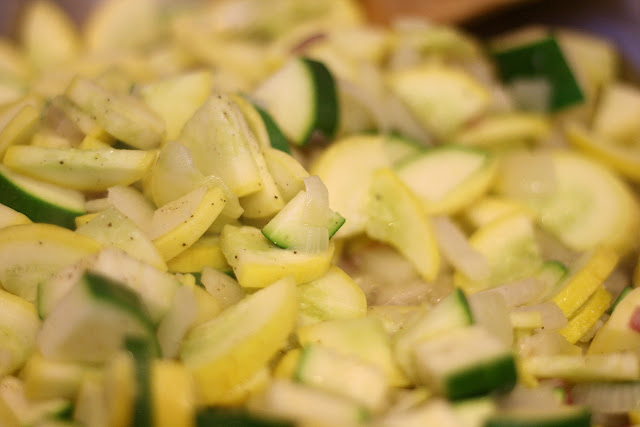 and a chocolate pudding pie: 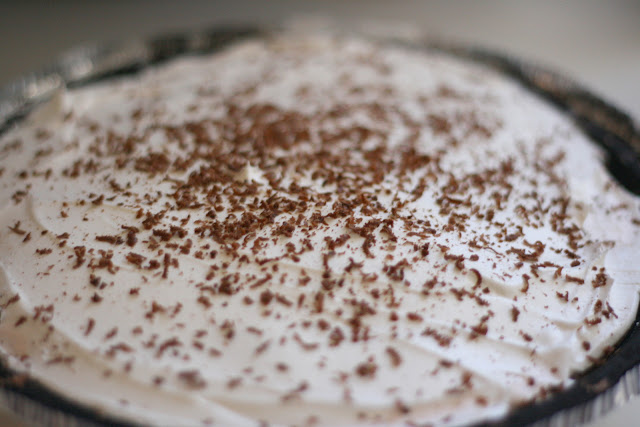 Call me un-American, but I don't do pumpkin pie. Or apple pie. Or really, any kind of baked pie. My pudding pie was a big hit, too :)

Yum, now I want some.