At the tender and naive age of 12, I made the decision never to breastfeed my future babies. This came from a bad babysitting experience for a family that left their 6 week old infant in my care for four hours. The newborn had never had a bottle before and the mom just figured that if she got hungry enough, she'd take one.

That little 6 week old screamed for the entire 4 hours. She was red in the face and gasped for air. This was way before cell phones and the parents were at a place without a phone. I remember calling my stepmom for advice. "Colic?" was her suggestion.

The parents finally returned around 10 PM. The mom was surprised to find out she had cried all night for me. She immediately unbuttoned her shirt and put her newborn to her chest. Immediately, the baby calmed. All was well.

And I realized right then and there that I would never want to breastfeed my baby. No, I wanted the freedom to hire 12-year-old sitters, like myself :) My 33-year-old self laughs at the thought of leaving any of my 3 kids with a 12-year-old, let alone a tiny baby. Seriously, what were they thinking?

But then Jaina was born and with my midwives' encouragement, I gave it a try. 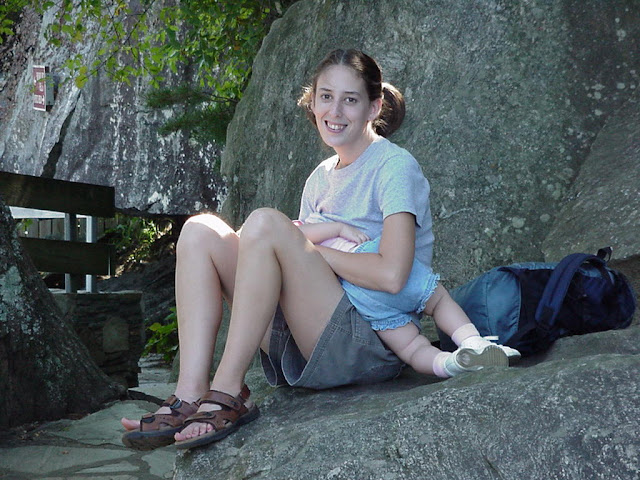 We were not without obstacles. Normal discomfort turned into excruciating pain. I was diagnosed with thrush, a yeast infection of the breasts. I tried prescription medication, natural treatments, everything under the sun. It finally went away and I somehow fell in love with nursing my baby. When she turned a year old, there was no reason to stop because of some arbitrary age. We gently weaned a few months after she turned two in hopes of conceiving a sibling for Jaina.

When Jayce was born, I was determined to not have any problems this time around. 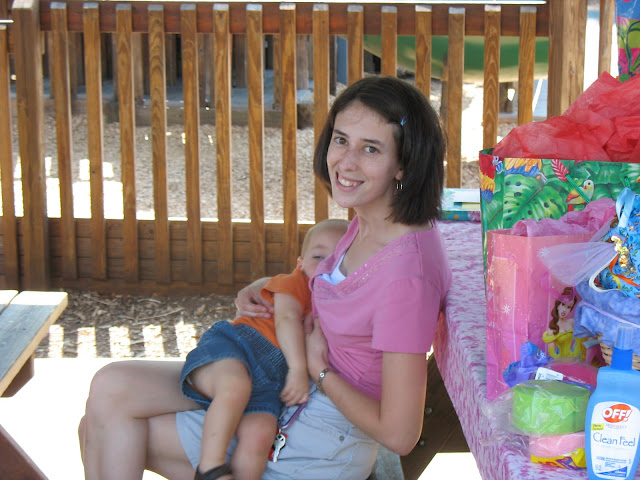 But he threw me for a loop as soon as he came out. Little guy ended up having low oral hypotonia (which he would not be diagnosed with until age 2!) and did not know how to suck. He would not latch on to a bottle, pacifier, or me. We spent two weeks syringe feeding him until we could get him to suck normally. Then I got thrush again. This time it lasted for 5 months. Thank goodness there was a light at the end of the tunnel and I knew it wouldn't last forever. Like his sister, I nursed him until past his 2nd birthday.

Third times the charm, right? I started taking a probiotic (to help prevent thrush) before Jocelyn was even born. I was all ready to prevent latch problems. Nursing was going to go well this time! 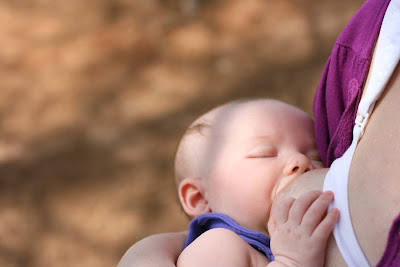 Its had its ups and downs. I did get thrush again. And a secondary bacterial infection. But nothing that a little meds wouldn't clear up. New this time, though, was something called vasospasms. That's when all the blood circulation leaves the tip and you feel pain as it rushes back. Fun times, let me tell ya. Cold weather makes it worse. Jocelyn was born in January. Enough said.

But thrush, bacteria, and vasospasms weren't the worst part of nursing this time around. For an unknown reason, Jocelyn would take in too much air when she breastfed. Girlfriend would then burp so long and loud, it would rival my husband's burp after drinking beer. And she was really hard to burp. I'd jostle her around in different positions for 30 minutes or more to get all the air out so she could finish eating.

Yet, when she had a bottle of expressed breastmilk, she wouldn't have any tummy troubles at all. 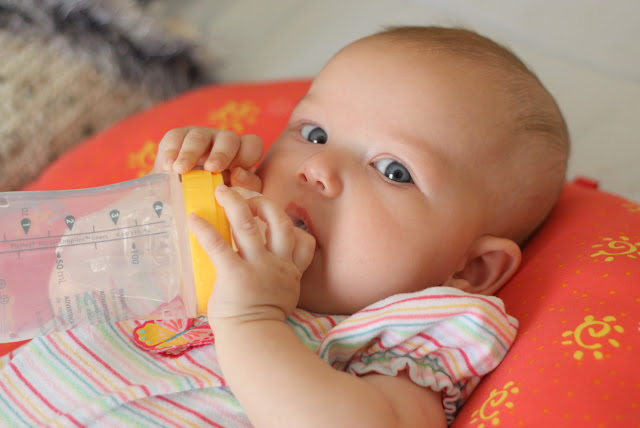 It totally didn't make any sense at all.

Our family doctor suggested that Jocelyn might have a dairy allergy or be lactose intolerant. He recommended I take all forms of casein out of my diet for two weeks. 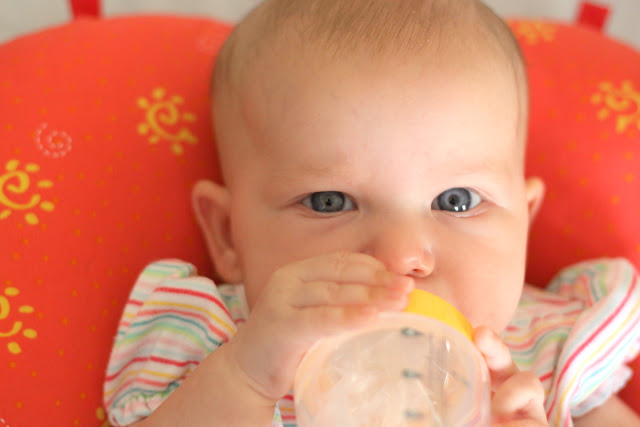 While I was coveting Brownie Batter Milkshakes from Zaxby's, I mulled over the dairy allergy angle. It just didn't make any sense. I had already stopped nursing her at all on my right side and was only pumping. When my left side started hurting, I stopped nursing on that side, too. Exclusively pumping is the pits and I started to feel my supply drop. I finally caved in and gave her a bottle of organic Earth's Best formula.

She drank a 10 oz bottle and didn't spit a single drop back up.

And she didn't have a reaction to it, either. There went that theory out the window!

So, if it wasn't the milk content or a hindmilk/foremilk imbalance, what on earth was making her take in so much air? It had to be something about either my breasts or her mouth.

My three LLL friends suggested that we check Jocelyn for tongue-tie and palate issues.

We think Jocelyn might have a slightly higher than normal palate. Some would describe it as a Bubble palate. Another term is High Vaulted palate. When you google images of it, neither extreme really looks like Jocelyn's palate, but hers is definitely higher than Jaina and Jayce's. Yes, I made them open their mouths so I could stare at their palates :)

Because her hard palate is so high, she is drawing the tip of my nipple up to the roof of her mouth instead of far back where the hard and soft palates meet.

If you watch her nurse, though, everything on the outside looks just fine. Which is why all of our problems have been so puzzling.

Hopefully this will correct itself in time. I'm back to nursing her full time in different positions, trying to prevent her from swallowing air. My infections are gone and I'm nursing pain free. Because I know she is not transferring milk properly, I am offering her my breast as often as she'll take it. I think we were running into the problem of her feeling "full" after just a few minutes of feeding because she was full of air, not milk. Again, this is another reason why I am so against schedule feeding. There was no way to tell if she was getting enough milk transferred at each nursing session. I knew something was up when she didn't weigh as much at a 3 month old doctor visit as Jaina and Jayce did as babies. And she was my biggest baby at birth! 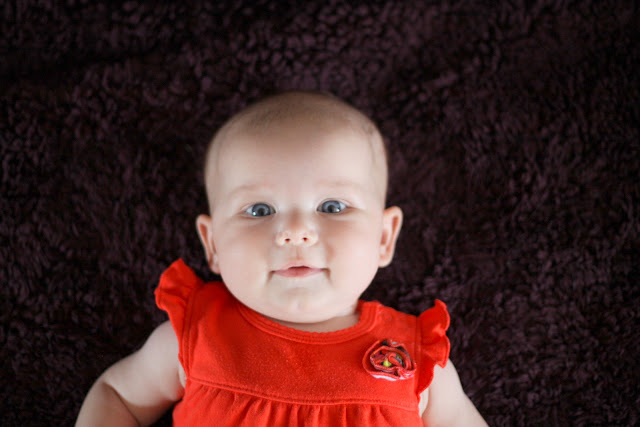 I know it would be easy to give up and just feed her bottles for the next few months. And there would be nothing wrong with that, if I chose to do so.

But I don't want to. I want to be able to nurse my baby until she becomes a toddler and maybe even a pre-schooler. I know we can overcome this. And I can help others in this same situation, too.

That's what all my breastfeeding obstacles have taught me. If going through all this can make one other mom's nursing experience better, then its totally worth it.
Email Post
Labels: breastfeeding Jocelyn