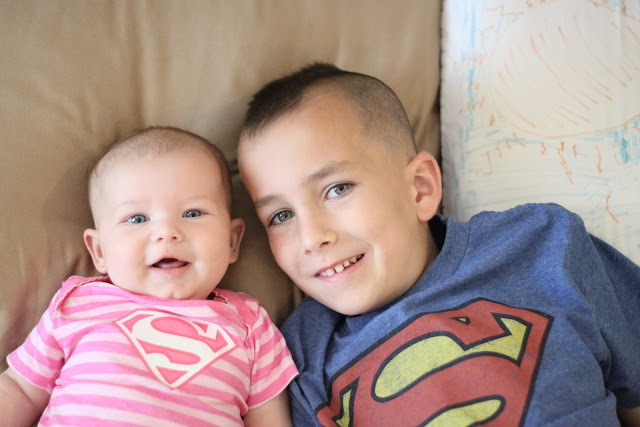 I am now the only official member of this family that does not own a Superman shirt. 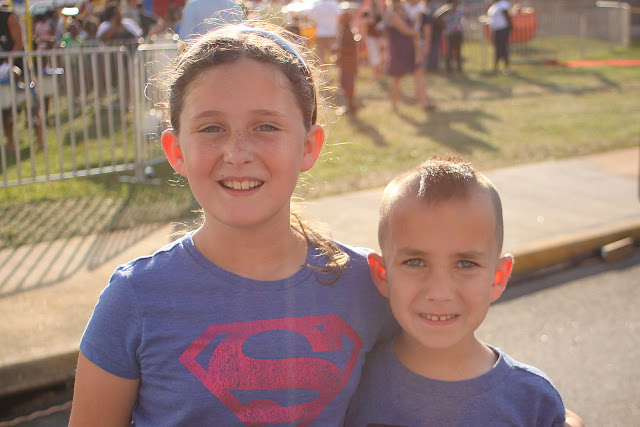 We took our Superman Awesomeness over to our town's Spring Fling Festival. 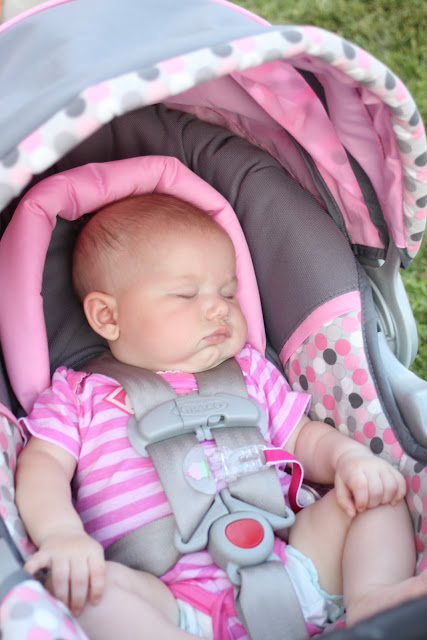 Jocelyn was unimpressed, as usual. 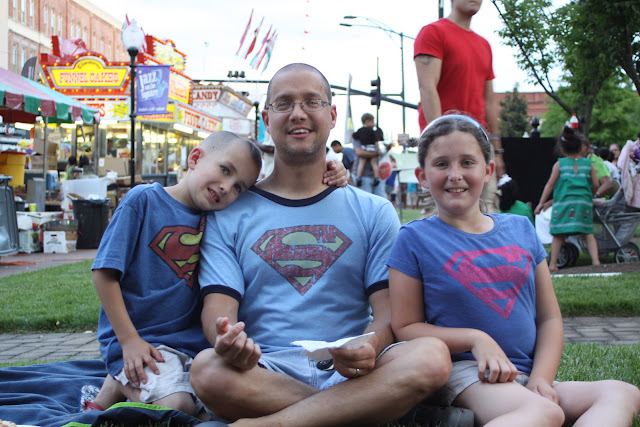 I think that Brian might have a little bit more influence on our kids' interests than I had hoped. Because of him, they love Superman, Star Wars, Legos, video games, Futurama, hummus, guacamole, Green Lantern, Phineas and Ferb, and The Legend of Zelda.

As for my influence, I did get Jaina to like My Little Ponies. But only the new ones. She wouldn't touch my old ones from the 80's. Nor did she care about my Cabbage Patch kids or Pound Puppies or Puffalumps. Even my old barbies weren't cool because the clothes they make for them today won't fit.

Brian spends 1 hour a day with the kids during the week and I spend all the rest of the time trying to combat his influence. :)