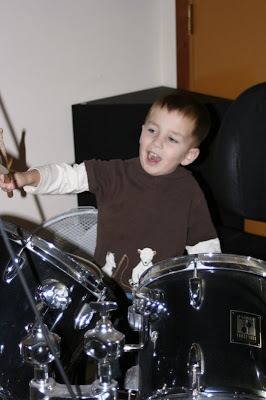 Almost done with the Thanksgiving posts... only this one and one more to go!

The kids haven't been to their Uncle Jeff's house for almost a year, but no amount of time can pass without remembering their visit like it was yesterday. Although my middle brother is not yet a father himself, his house sure is full of "toys". He's got a putt-putt green in his spare room, a drum set in his living room, a line of guitars lined up against a wall, computers everywhere, a workout machine on the back sunroom, his coffee table is filled with little games and decks of cards, and he has a really cool racing computer game with a steering wheel and everything! 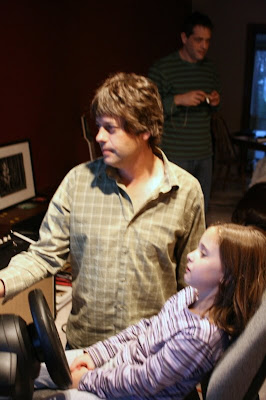 Jayce and Jaina fought over the car racing game a lot. While Jaina actually wanted to beat her previous speed and win the race, Jayce just wanted to watch the cars crash. And not just crash, but flip over as well. 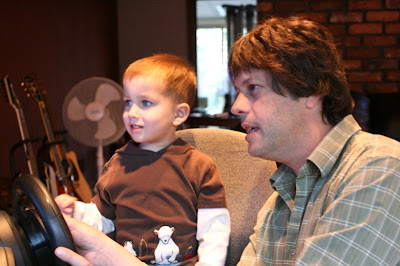 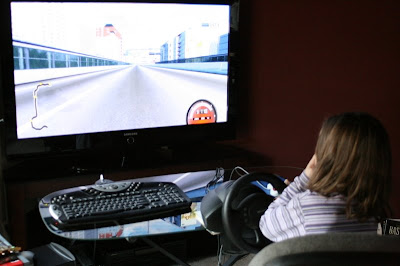 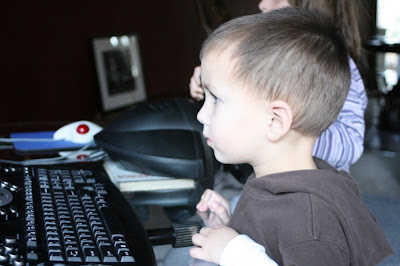 Jaina found a microphone and asked to sing for us. Uncle Jason looked up her favorite songs on YouTube so she could sing along with them, karaoke style. She was cracking us all up with her wild dancing and on stage moves. 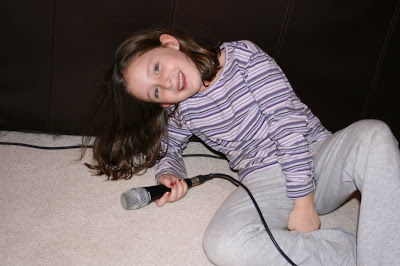 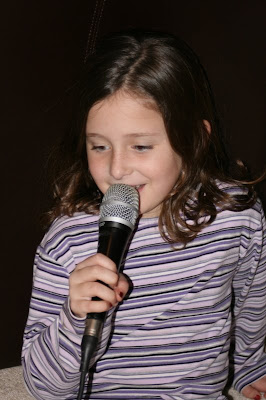 As soon as Jayce saw Jaina with a microphone plugged into a speaker, he had to have the same. Look at my little rock star in the making! 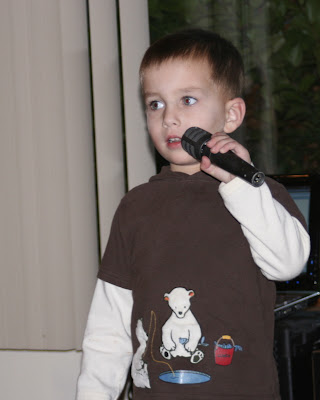 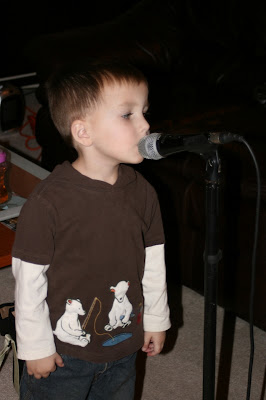 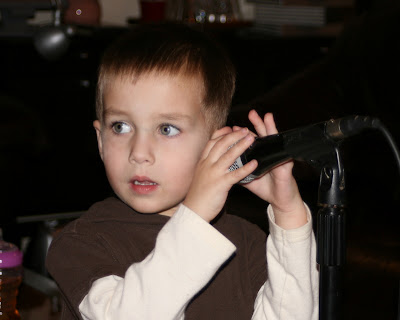 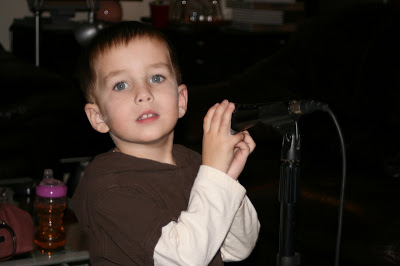 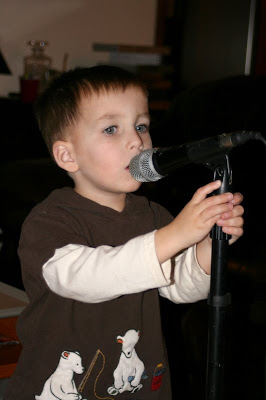