Family Fun night was originally scheduled 11 days before school got out. Unfortunately, that was also the same time that it rained every afternoon for two weeks straight. After rescheduling it two more times, it was finally able to happen on the next to last day of school.

What a difference a year makes! Last year Jayce was sensory overwhelmed and stayed in my lawn chair under a tree the entire time. This year, I actually purchased a bracelet for him that would allow him to go on the rides too.

Jayce impatiently waited in line for over 10 minutes to ride this thing. He cried every time that it was someone else's turn before his. But we made it! 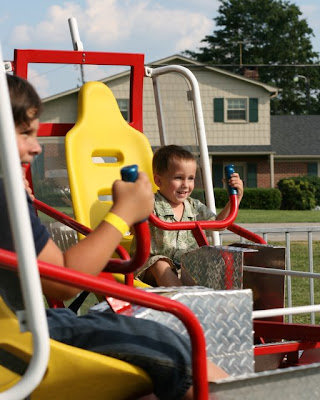 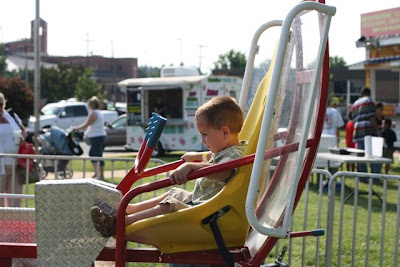 Jaina ran off with Ashlan as soon as we got there. I barely saw her for the next two hours. As I was chasing Jayce around, I found her in line about to get in one of the obstacle courses. 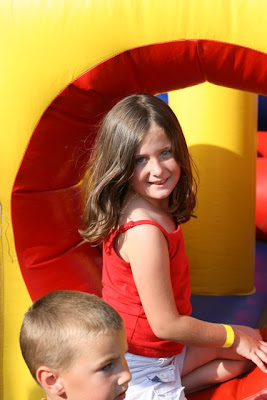 This picture was taken right before Jayce got stuck in one of the bouncy obstacle courses. They really were for older kids. 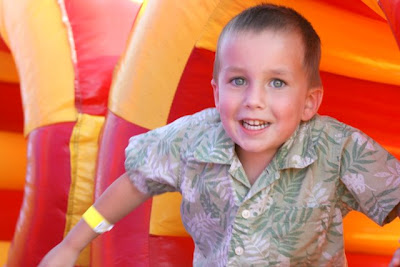 There was one slide in particular that Jayce could climb up well. We just kept getting back in line for it. 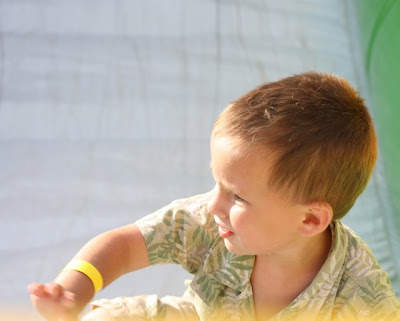 Jaina's been really into monogramming and initials lately. So she picked a "J" to be put on her face. 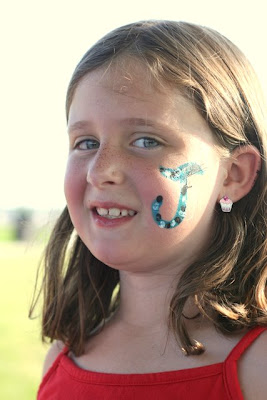 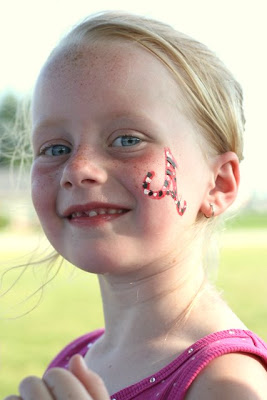 The obligatory picture of Jaina and Ashlan. We have a million more just like this one :) 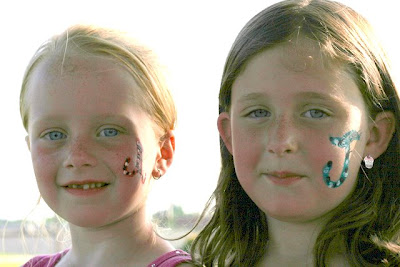 This is the first time ever that Jayce has let face painters put a picture on his actual face. Normally we go for hands or nothing. When he walked back to me on the lawn chair, he realized he could see his reflection in my sun glasses. He was making the FUNNIEST faces trying to catch a better glimpse of his basketballed cheek. I wish I had asked my friend Jeanne next to me to snap a picture of Jayce and me. 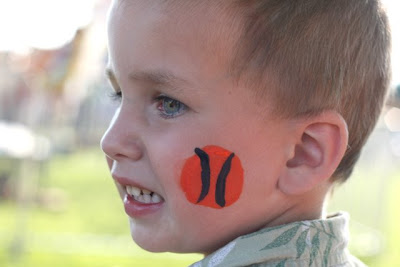