'Cause we really needed another stuffed animal

This post title is the simple and logical answer to the frequently asked question, "Why did Brian buy Jaina a giraffe (or insert other animal of choice here)?" 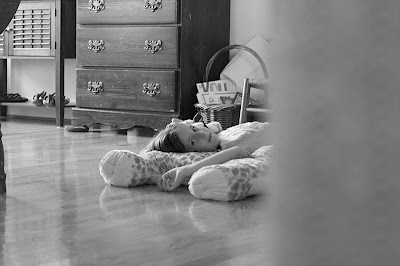 Because obviously, we really needed another one. And not just "a" stuffed animal, but a HUGE giraffe that takes up way too much space in Jaina's room next to her giant Coca-Cola bear and her enormous pink horse named Diamond. 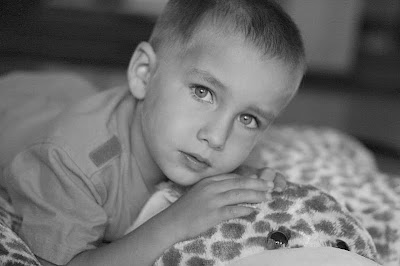 Jaina's room looks like it could be overrun by stuffed creatures at any moment of the day. You know those really long rubbermaid storage boxes that fit almost an entire wardrobe of off-season clothes? We have one of those in our playroom. It houses Jaina's collection of stuffed animal dogs. Yep, just her dogs. If you happen to be a cat or a horse or a bear, well... we have another box for you. 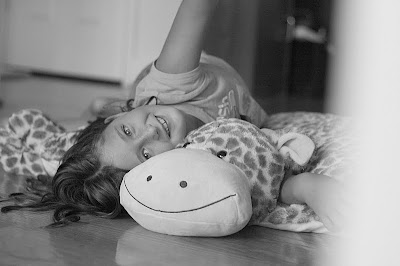 I can't really blame her. After all, the apple doesn't fall far from the tree. I, too, was an avid collector of stuffed animals back in the day. Of course, I don't have any of them now. Or, many of them, anyway. Just a few. In case my kids wanted to play with them, of course :) 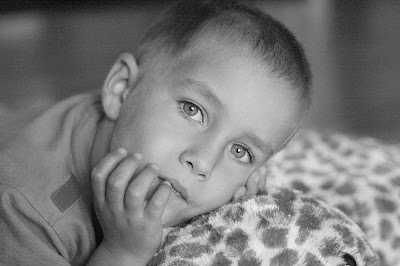 Every time a birthday or major holiday comes around, I encourage Jaina to take a good look at all her stuffed animals, hopefully finding ones that she would be willing to let another child adopt in order to put a smile on that child's face.

"But that's Pink Bear! I've had him since I was a baby!" or "I remember when Daddy bought me that horse at the Cowboy Store." or "But he's my FAVORITE!" are Jaina's typical responses.

And try as I might, I cannot get her to part with a single stuffed animal. For each one has a name, has a memory, and is fiercely loved and played with by its owner.

Instead of griping about the quantity of toys we have, I really should be thankful that my 7 year old still wants to play tea party with her pink bears, to take her dogs for walks on their ribbon leashes, and to cuddle her Hello Kitty doll at bedtime. Too soon will come the time of make-up and dates and high school football games. She'll trade her stuffed animal collection for a downloaded MP3 collection. She'll ask Santa to bring her clothes from The GAP instead of an electronic hamster. 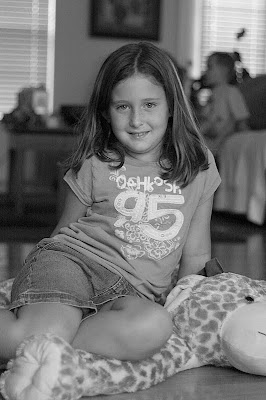 Children make time go by in the blink of an eye, its true.

And I will keep this in mind as I step over the forlorn animals, scattering the living room floor, on my way to bed. 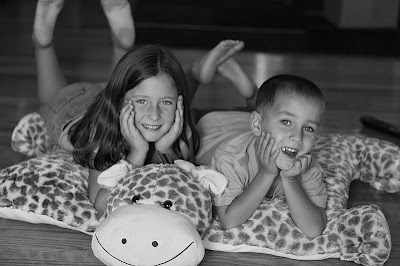