This year we have not one, but TWO children with weekly practices and Saturday games. Brian thinks our busy schedule is enough reason to not have a third baby ("Just think when you'll have THREE kids in soccer, all at different times!"), but I'm sorry. That's a lame excuse. We're having a third sometime next year, just mark my words!

Jayce was resigned to watching from the sidelines last year. This year, however, he was old enough to play on a team.

Oh my. But "old enough" does not necessarily mean "ready". I honestly don't think Jayce is ready at all for team sports. But since he's not running away, having crying fits on the field, or getting hurt, we'll just continue this season and see what happens. 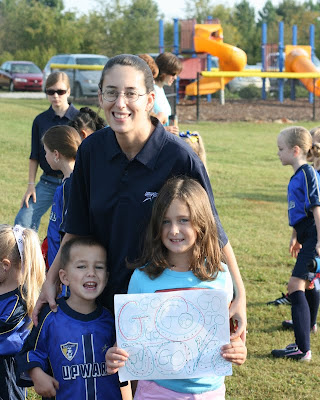 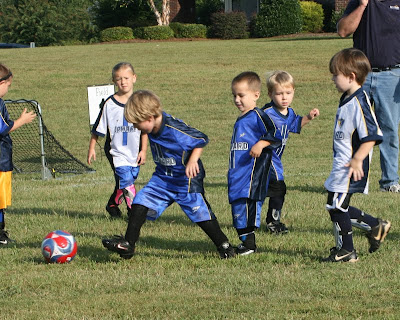 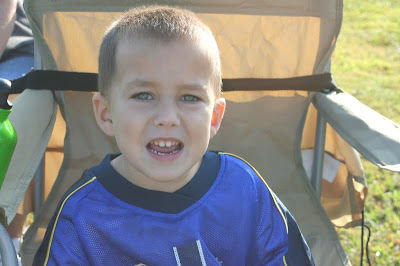 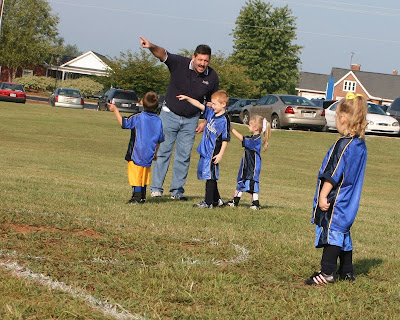 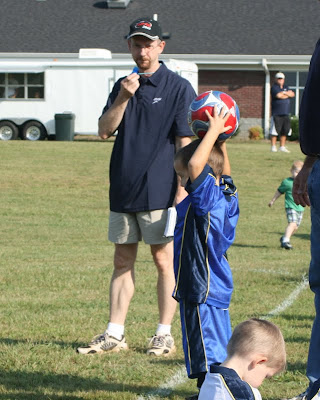 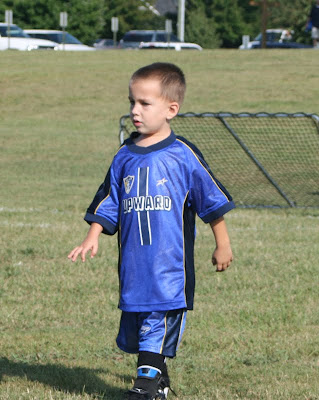 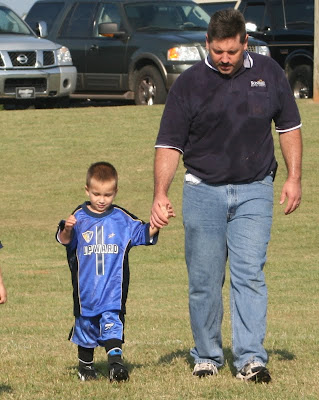 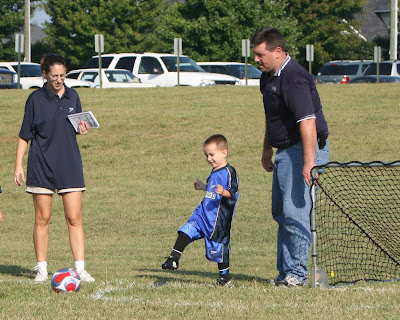 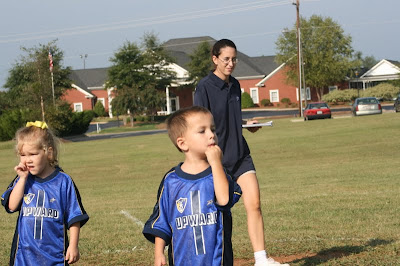 A few minutes later (okay, it was an hour later, but it felt like a few minutes!) it was Jaina's turn to play.


Jaina played last year and had fun. Poor thing isn't going to be the next Mia Hamm by any means (she does have Brian and me for parents after all), but she learned how to play and got some exercise.

This year, she is already playing with more skill than before. The coach saw right away that her strength was defense and put her in the back. Technically, the teams aren't allowed to have goalies. (They play 4 on 4). But that doesn't stop her coach from putting her 3 feet away from the goal at all times. Jaina's team had a great offense as well. The Crushes shut out the game 3-0. Jaina was part of the reason the other team never scored once :)

However, I would like to see her play forward more often. I'm hoping that she'll gain the confidence she needs to be a little aggressive and go after that ball.

I'm so proud of my girl! 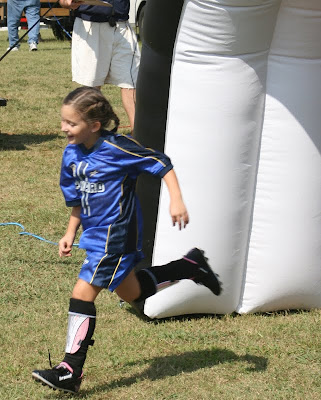 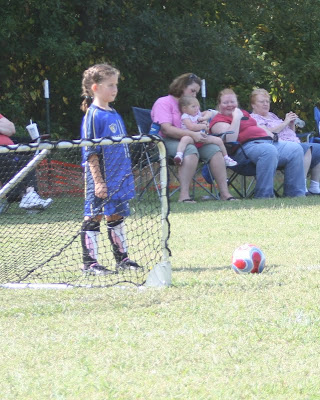 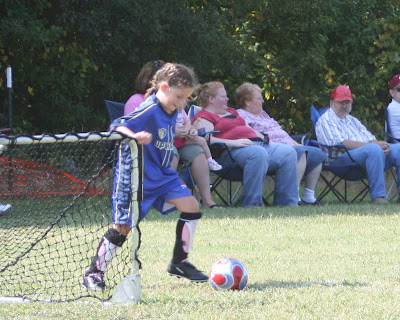 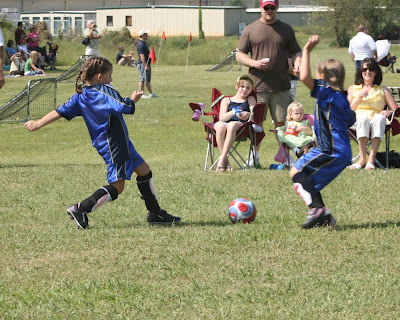 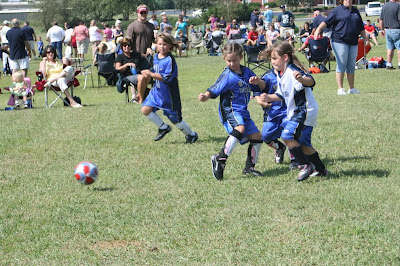 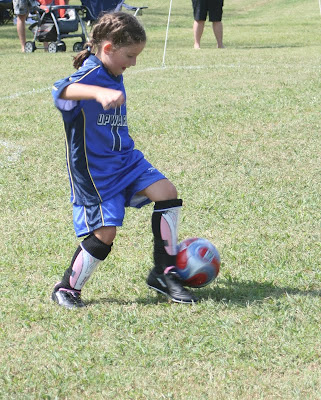 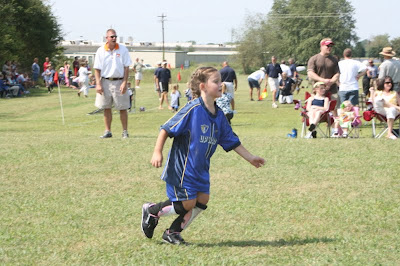