Wow, you guys weren't kidding when you told me that 3rd grade was a completely different ballgame from K5-2nd!

There's, like, text books and homework and 15 spelling words and chapter books and....

Luckily, that's all I had to do. Well, do all that and go to Ingles to buy the pretzel sticks. I can't believe we were out of pretzels!

So, we started out our project doing research. Jaina really liked the concept of building a house out of sticks and mud, so she picked the Cherokee Indian Tribe circa late 1700's and made an asi dwelling. I picked out three non-fiction kids books on the tribe. We certainly learned a lot about how they lived before European influence came.

But came they did. Jaina did not understand why the government kept taking the land away from the tribes and making them move. She was very saddened to learn about the Trail of Tears and that even children had to walk the 800 miles in the heat and snow. She said it wasn't fair.

Unfortunately, that's a hard lesson to learn. Life certainly isn't fair and we can't stop all bad things from happening. Nor can we erase them from our history. What's happened is done and all we can do is try to learn from ours and others' mistakes.

And speaking of mistakes... it was really hard attaching the roof. 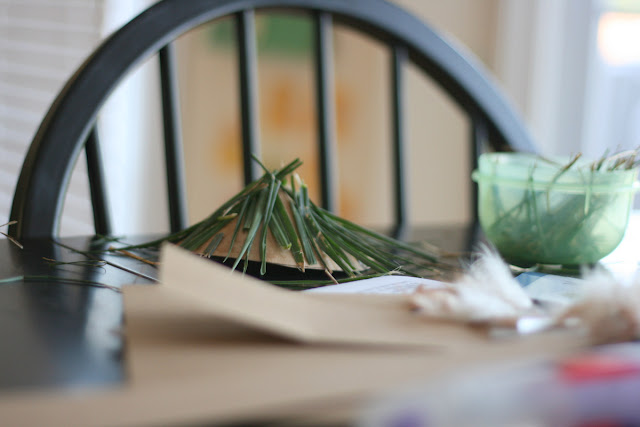 Roofs were made from grass (according to one book) so we naturally made ours with grass. 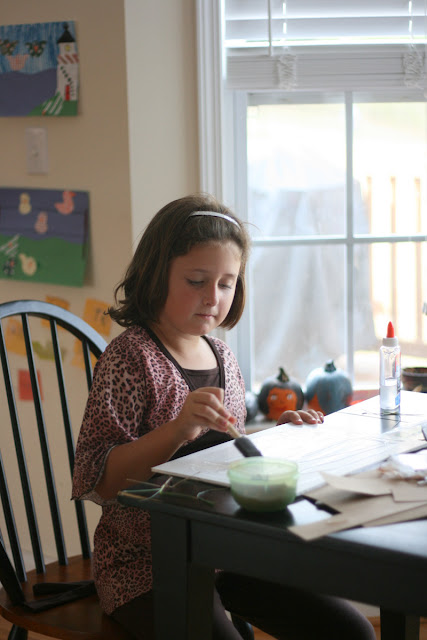 Then it was time to try to stick red South Carolinian clay dirt onto foam board using glue. It actually worked! I shudder to think what a mess it will be if any of that dirt falls off, though! 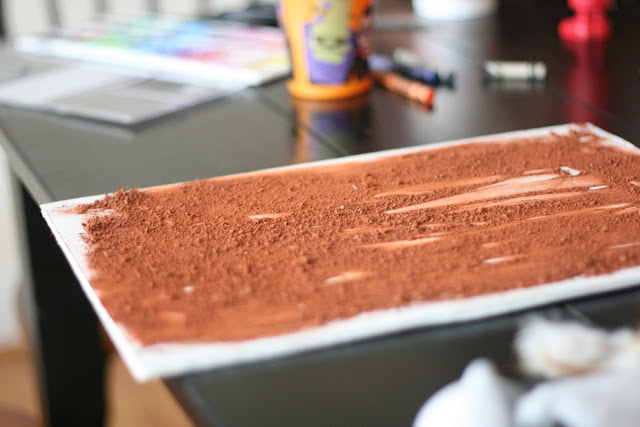 Jaina discovered that the Cherokees grew corn and other vegetables in our dense and rocky soil. Hmmm... where to get vegetables?? 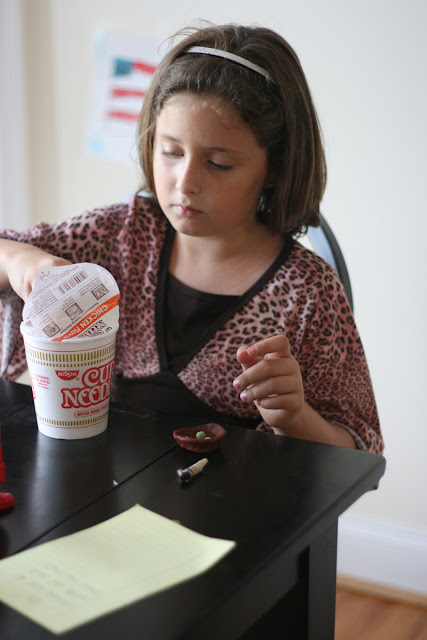 Cup O' Ramen to the rescue!! I knew those pesky dehydrated veggies would come in handy some day :) 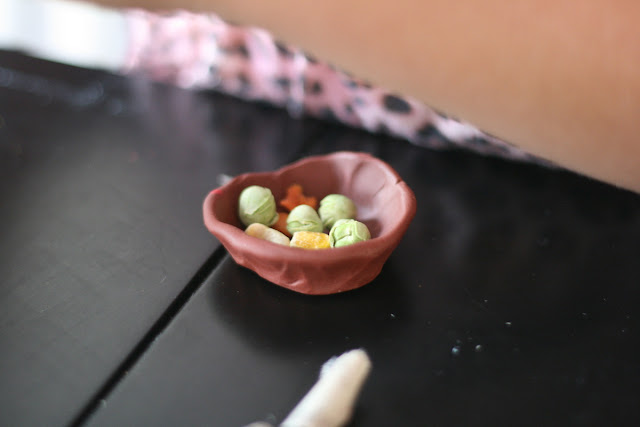 Jaina made the little pinch pot out of my old sculpy clay from HS. I guess that stuff never goes bad! Gluing the pretzels (aka, sticks) onto a cylinder of cardstock was a royal pain in the you know where. My craft glue was having problems so we opted for regular Elmer's school glue. We had to glue and stick in sections and wait for an entire section to dry before moving on, or else all the sticks would fall off.

Jaina wanted to put peanut butter in between the sticks as mud, but I totally vetoed that idea. I don't think I could have taken the mess! 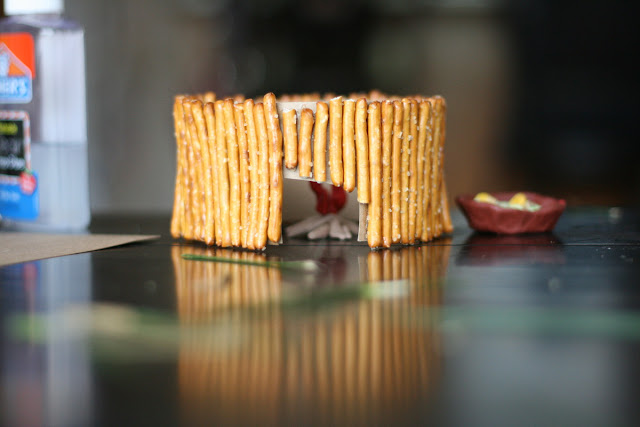 Don't you love the fire?? Totally Jaina's idea. She did the logs herself and I helped her shape the flames of red clay. 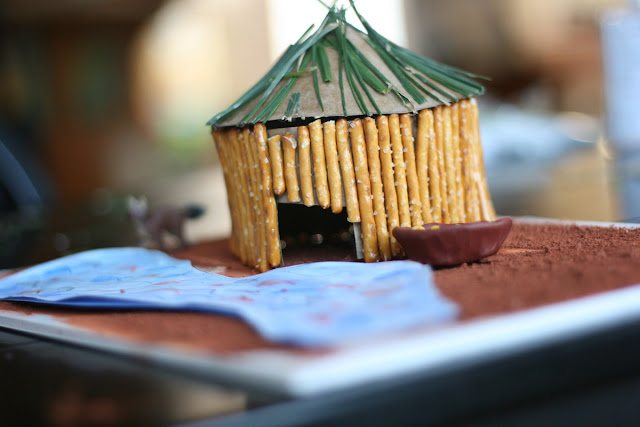 Jaina made a water color painted river with lots of fish in it. It might be my favorite part of the whole model :) 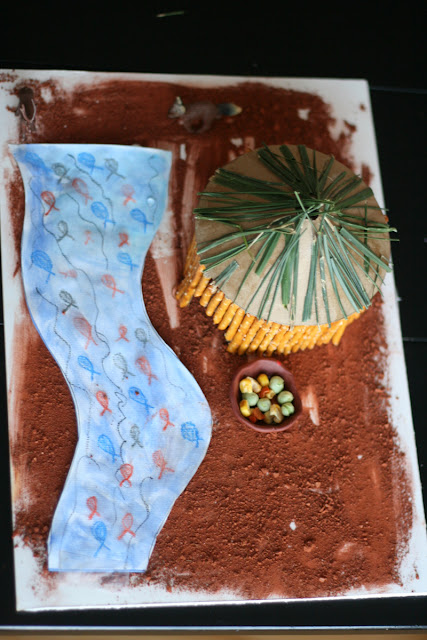 And we are finished!! Please don't fall apart before school tomorrow!! Please!!! We're counting on you, glue!! We love you, Elmer's glue!! Don't fail us now!
Email Post