My kids play soccer with an organized group called "Upward" which has a non-denominational Christian overview to it. In our small town, its either "Upward" or "Youth Association" as our choices. Basically, if your kids are really good in sports, you let them play YA. If they're still, um, learning the sport, then you let them play Upward sports to ensure equal playing time and that no one's gonna laugh at your kid for scoring in the wrong goal. (Yeah, to date, that is Jaina's ONLY goal in 3 years of playing!)

So, each game is precluded by an invocation. And my son has NEVER actually bowed his head, closed his eyes, and folded his hands. Normally he picks prayer time to be as loud as he possibly can. Well, maybe he's actually learning something :) 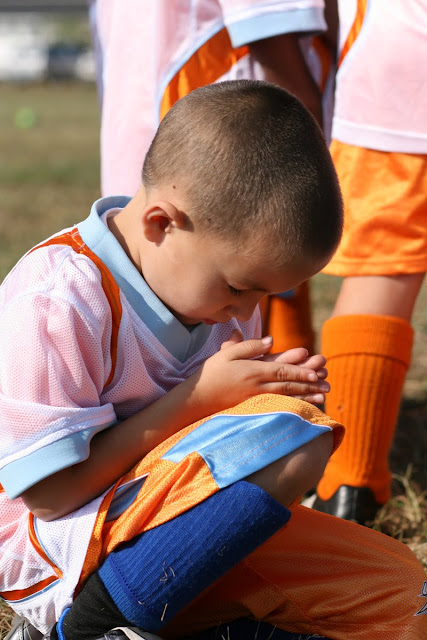 (I'm exempt from being reverent during prayer time because I have to keep my eye on Jayce, you know!)

Then we were off through the tunnel! The announcer got his name right this time :) 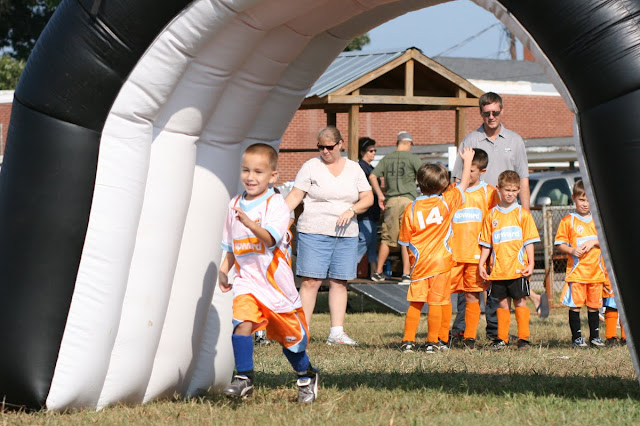 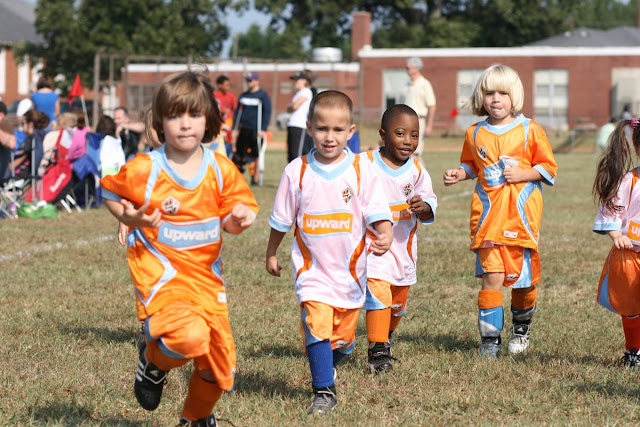 Jayce played for one 6 minute period in the first half and did a great job! Much improved from last year! 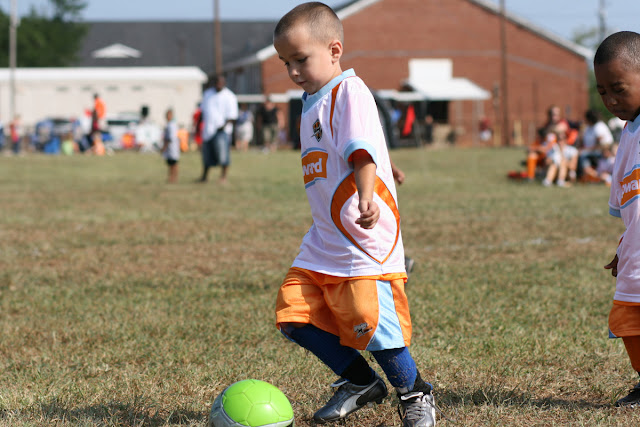 I wish I could say that he played well the entire game. Instead of showing you pictures of him trying to steal his coach's (and the other coach's and the referee's) whistles and cell phones and even more pictures of him laying on the ground and picking grass, I'm just going to move on to the end of the game: Snack Time! 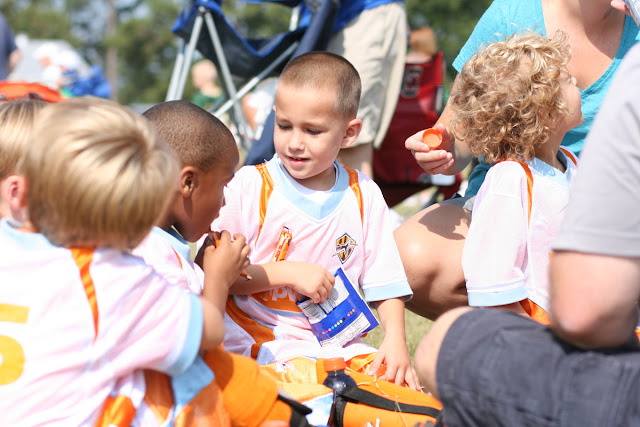 His cuteness makes up for his behavior, right? 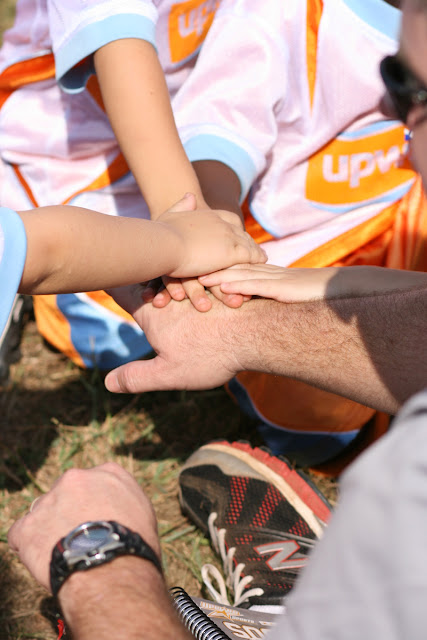 GO HOKIES!! (which are some sort of turkey bird? Whatever.)

Jayce had a special visitor come watch his game :) 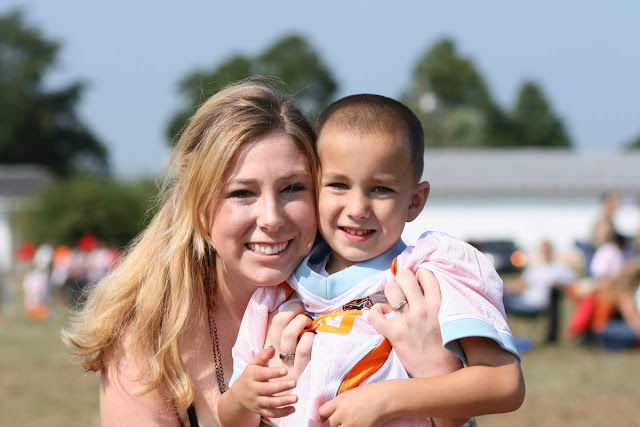 Allie, thank you SO much for making us feel special and loved! You are so great at that!! 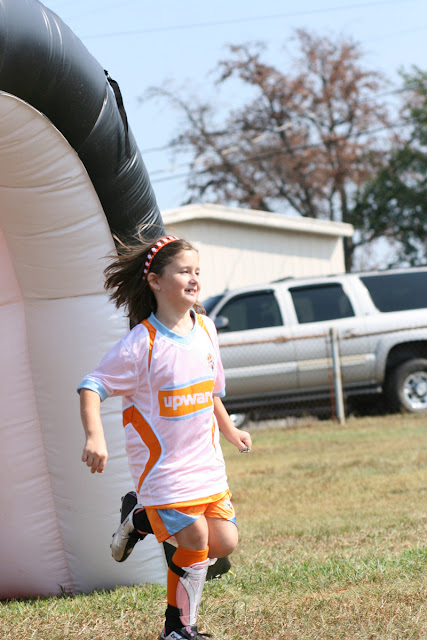 I have to say, I've never seen Jaina play as good as she did this game! Normally Jaina is a little timid around the ball and will only kick at it if it comes near her. Not today! She was careful to stay in her position (either back for Defense or up front as a forward), but she was much more aggressive and active! Go Jaina! 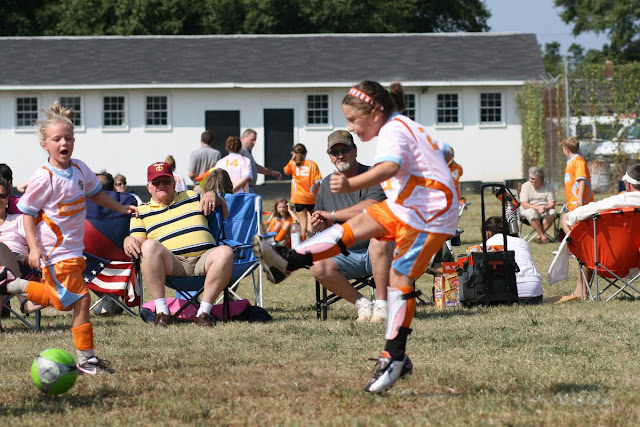 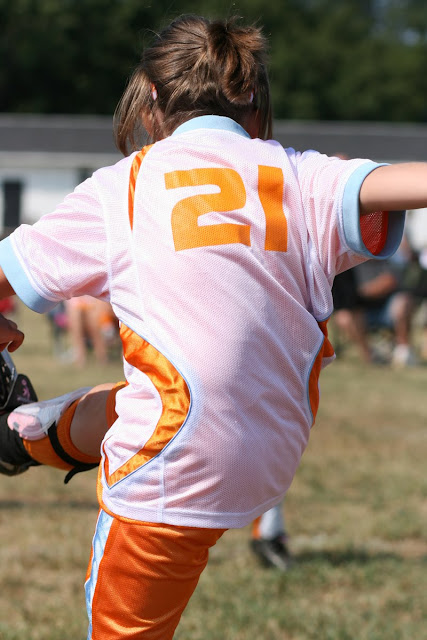 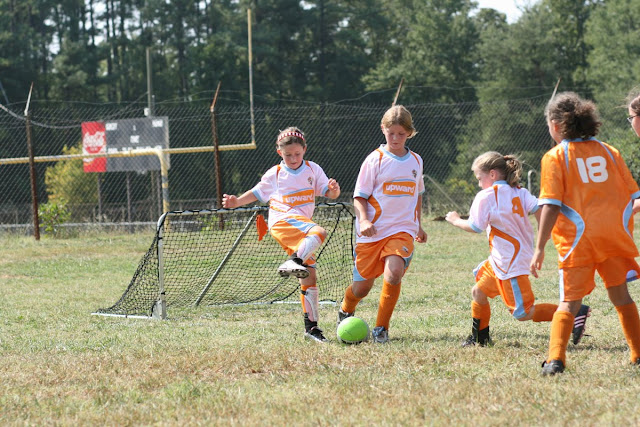 And thanks to my mom, Jayce was occupied the entire game. 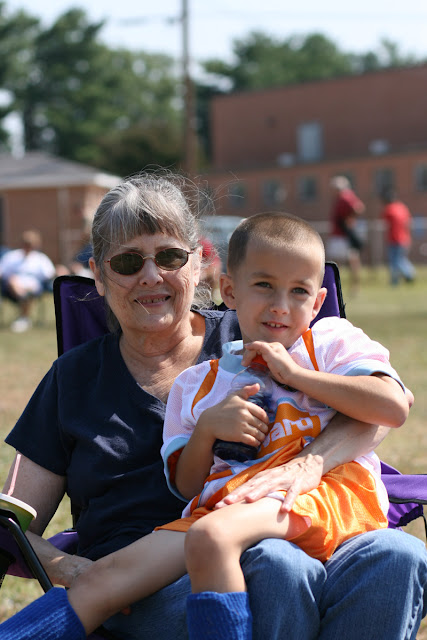 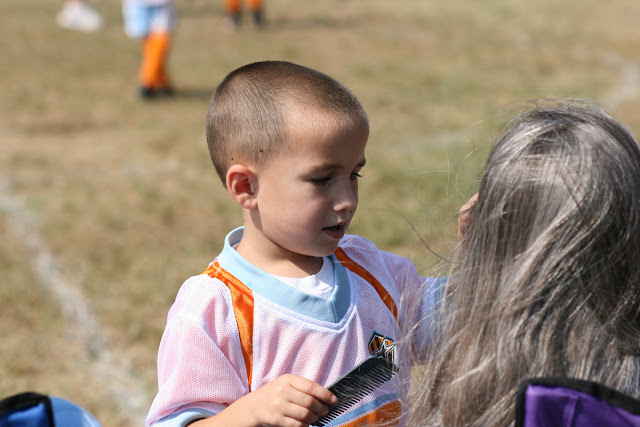 And now we get a whole week before we do it again!
Email Post
Labels: Upward