On the first days of Christmas...

So, I had every intention to totally copy my sister-in-law and several other bloggers and participate in a "25 days of Christmas" daily blogging event.

We've managed to do something "Christmasy" every single day since December 1st, so that part wasn't the problem. It was the remembering to take my camera and actually documenting things that got me behind.

And then there's that whole rule I have about not blogging about current events until my past events are caught up in chronological order. I just was NOT about to blog about Christmasy stuff without doing Thanksgiving first.

But now I'm kind of caught up so its time to do a "First 5 Days of December post". We've hit the ground running for December already! Enjoy!


December 1st
On December 1st, our family headed downtown to attend the annual "Dickens of a Christmas". Its a fun little tradition filled with carolers, a tree lighting, visit from Santa, sleigh rides, and hot chocolate. These pictures were all taken within the first 20 minutes of us getting there. I know this because Jayce was crying for the next 20 more minutes that we were there before calling it a night. Oh well, maybe next time! 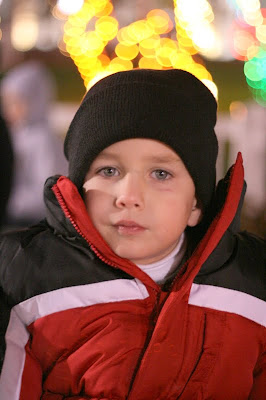 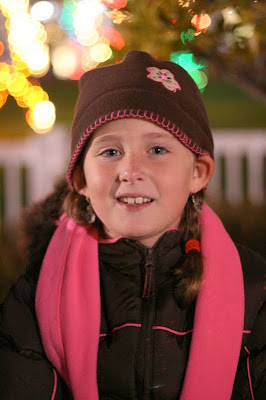 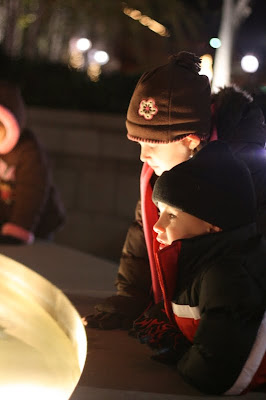 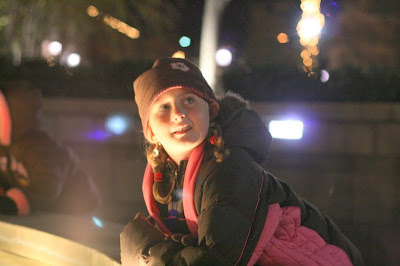 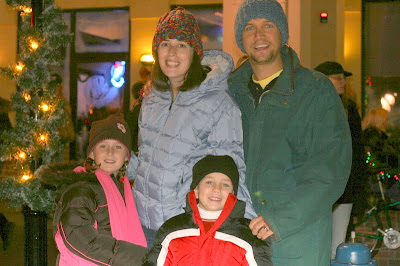 December 2nd
Our family has always had sad little Charlie Brown fake trees where you can totally see the metal post through the sparse branches. The first tree we got cost us $15 from an ad in a newspaper. It had a tendency to fall over, so we had to anchor it to our banister with clear fishing line and hope for the best.

Then a few years later, I totally begged, pleaded, and cried and Brian agreed that we could spend money on a new fake tree. After Christmas, 50% off. I couldn't wait until the following year to put it up! Yet when I got it out, I realized that it looked really fake. Like, there was no "poofing" the branches out to even try to resemble a real tree. And there was that stupid metal pole that you could see from clear across the living room.

So when my friend Jaclyn from LLL posted on Facebook that she was giving her 7' pre-lit tree away, I just had to jump at the chance! Finally!! A really nice tree!

Oh, its nice alright. Its much prettier than our last two trees. But oh my heavens, was it a pain to put up or what!! Each individual branch had to be inserted in the pole. And 8 branches were strung together with connecting lights, which means you had to hold 7 branches together while putting the 8th one in its spot. You honestly needed octopus arms to do this! (Or a helpful husband would have been nice, but I'm more likely to get octopus arms). It took me two days to get the entire thing up. And then 3 strands of lights were completely out.

And then we realized that our tree smells like a plastic rubbermaid storage container. Um, next year I vote for a real tree!!

We finally got the tree up. And sort of decorated. And the lights almost all work. And I'm just so done with it I could honestly care less if I even see it again next year. So of course I had to make my kids pose in front of it. 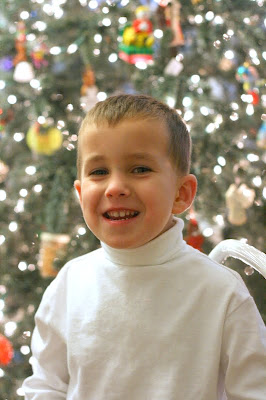 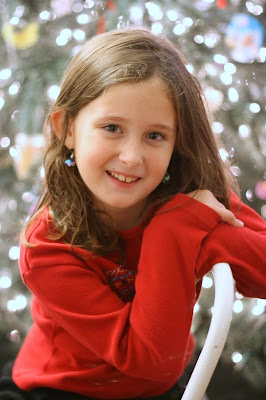 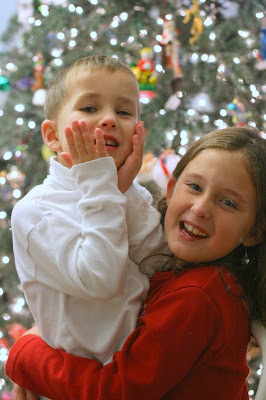 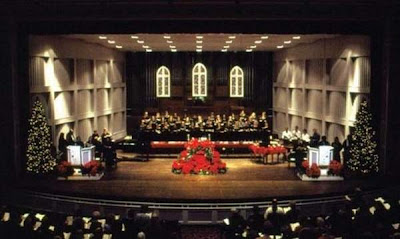 The next day, I attended The Festival of Lessons and Carols at my former college. It has been a long standing tradition at the college since its beginning in 1889. I've attended every year since 1997. It always puts me in the Christmas spirit to enjoy the orchestra's performance.


December 4th
Book Club Christmas party!!! It was a blast! Despite me being almost 2 hours late. I still managed to snag some food before it got gone. We did a chinese gift exchange in which I scored 3 new books from the True Blood series on HBO. I've never seen the show but I know I'll love the books!

As you can see, we've gotten off to a very festive start in December! I'm sure we'll find more things to do soon!
Email Post