Every year, our local hospital system throws a Christmas party in honor of the children who attend therapy at Pediatric Rehab. Since becoming a patient at Peds Rehab in January of 2008, we've attended the event twice now.

The sponsors that make it possible for the hospital to do this are just amazing. The food is catered. Free pictures are taken of your child with Santa. There's a magician and an animal balloon maker. There's an old fashioned popcorn kettle and face painting. They ensure that each child has a good time. And to make sure its not overwhelming and chaotic to a child with sensory issues, they split the families up into two different groups to come at two different times.

There's even a present for the children to open :) 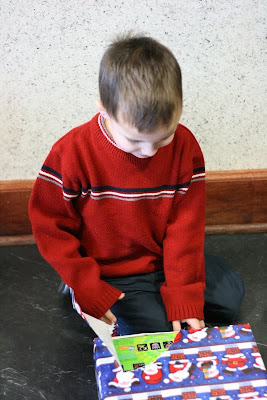 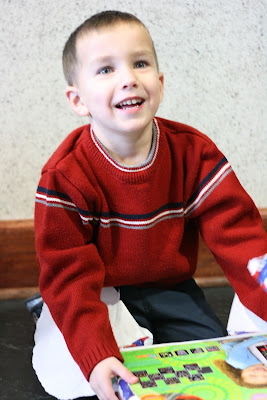 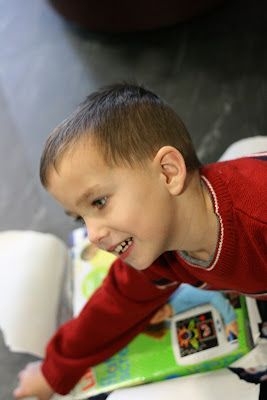 Jayce was thrilled to get his very own Lite Brite. His OT Melissa picked it out especially for him and the skills he needs to work on.

Jayce elected to have his face painted by one of the therapists even though he really doesn't like how it feels. He picked the red star himself. 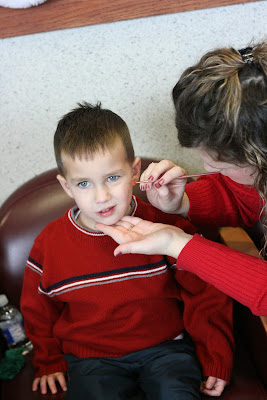 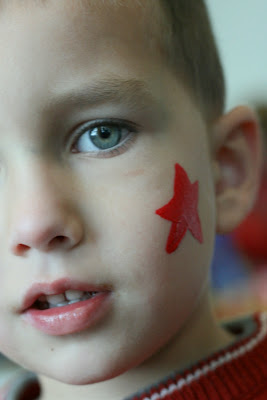 We then waited in line for over 20 minutes to get a turn with the balloon animal maker. There wasn't anything to do except make faces into the camera. 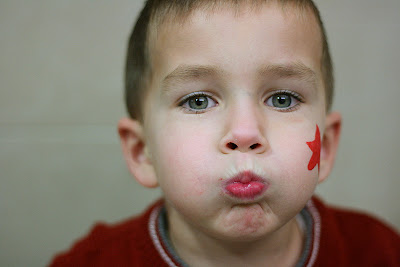 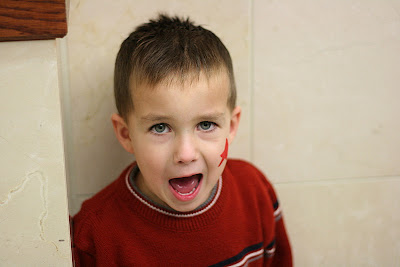 The balloon was well worth the wait. And luckily it was exactly like the one he got last year, so he was very happy. 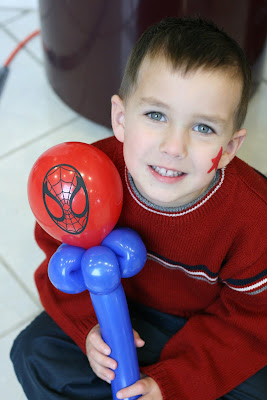 Miss Candy doubles as both Jayce's Speech Therapist and his Feeding Therapist. Not all SLP are qualified to work with feeding issues, but Candy is just cool like that. 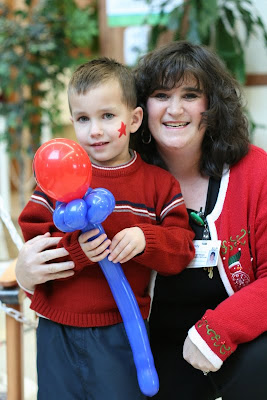 And here is our "Miss Melissa", the best Occupational Therapist that we've ever had (and we've had 4!) 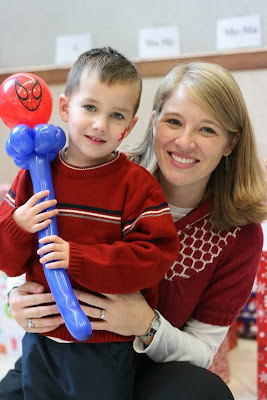 We have every hope that Jayce will be released from OT in February barring no regressions on skills. He can now peddle a bike, dress himself, cut with scissors, and hold a pencil. These skills have not come naturally or easily to Jayce. But he has proved again that Early Intervention and the right therapy really does make a difference.
Email Post