No Snow for us

We've been watching the forecast all week in anticipation of some snowy precipitation predicted for yesterday.

Every single day that we watched the weather, the weatherman warned us of the potential for rain/sleet/icy mix/ and snow that was headed our way for Thursday afternoon or evening.

The clouds came rolling in yesterday around 4 o' clock. I just *looked* like snow. It smelled damp and crisp like snow. The temperature was in the low 40's, but expected to dip down into the 20's by midnight.

I played phone tag with all the cheerleading parents all afternoon. "Is practice on? What if it starts to snow? Are we sure the church gym is open?"

We checked the forecast again on The Weather Channel. It said "rain/snow mix by 8 PM". Jaina exclaimed, "Can we stay up! Can we please stay up! I want to see it snow!"

I saw on Facebook where it was actually snowing (but not sticking) at many homes in the Atlanta area where I grew up. And since we commonly get Atlanta's weather, I was pretty certain we'd wake up to snow this morning.

Jaina and Jayce went to bed disappointed, but very hopeful.

Jaina said, "Can I have a snow day anyway and stay home?"

Jayce said, "I think it will snow later, mommy. Yes, later. See those clouds?" (There were no clouds.)

We turned on the TV and saw that the North Carolina mountains, just a mere 45 minutes away from us, stole all the snow meant for us.

"YOU MEAN ASHLAN GOT SNOW!?" Jaina exclaimed when she heard the news.

Eek. Um, sorry Jaina. North Carolina is a big state. And just because one part of it gets snow, doesn't mean the whole state gets snow. We got out the map and I showed her where it did snow and where her best friend lives. No where near each other, I'm afraid.

So now she is doubly disappointed. And has to go to school and take her spelling test on top of all that.

I think she'll be okay though :) 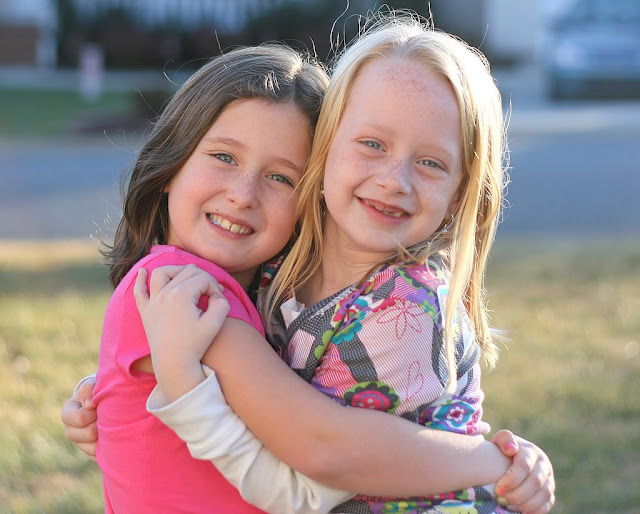