Catching Up: Rednecking on the River

It started out innocently enough....

We were having a huge mommy/baby playdate with some friends from our local LLL chapter at my house one afternoon. My good friend Angie said, "I took my girls swimming the other day. Not in a pool, but just down by the river near our house. I guess it was our version of redneck swimming or something." 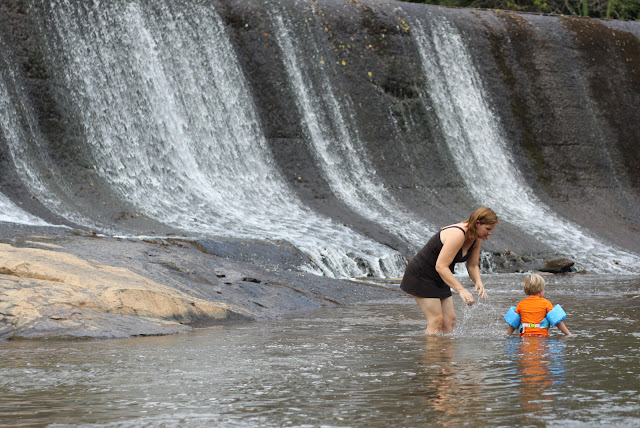 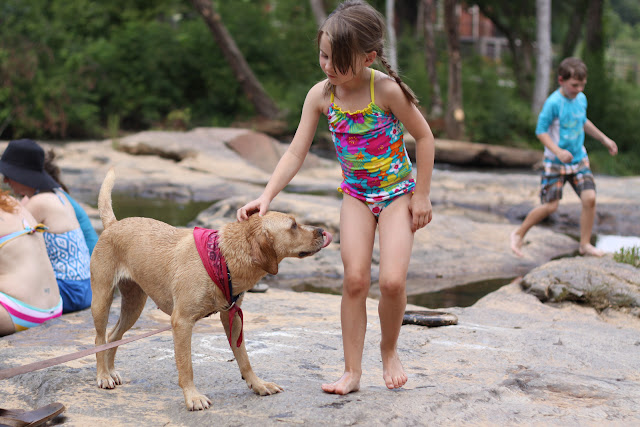 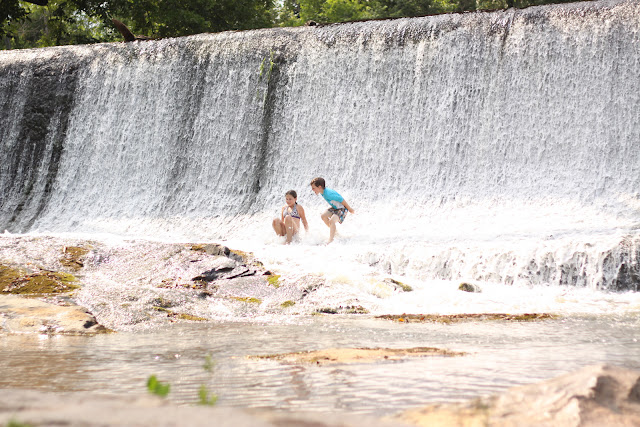 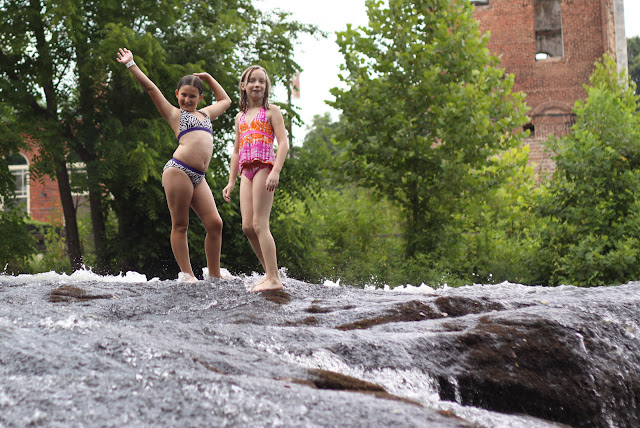 Right after the above photo was snapped, the girls started crawling around in the water up on the rocks. They had gotten to a spot where it was slippery and they were loosing their footing. They both held on as best as they could and started calling for help. It took me a minute to figure out that they weren't just playing around, but were really scared. I passed my camera to my friends' husband, made sure that my other friend was holding Jocelyn, and took off into the river after them. Even though they weren't in any real danger from the small waterfall that they were near, they were happy to be off those rocks! 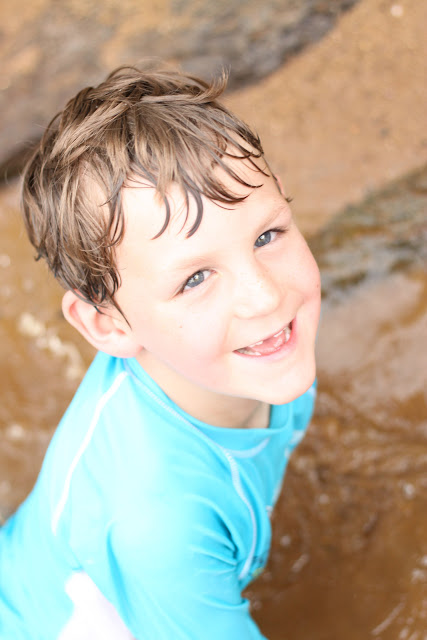 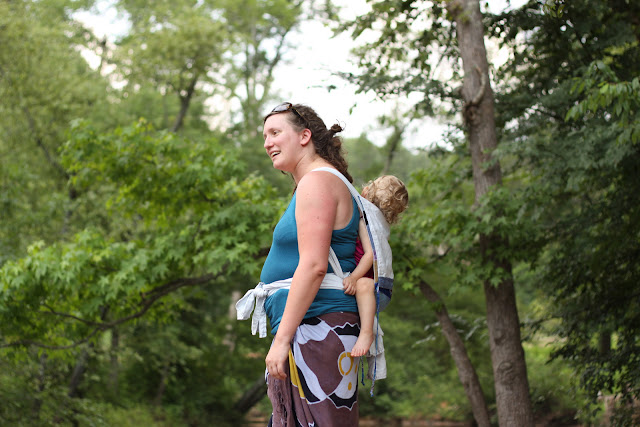 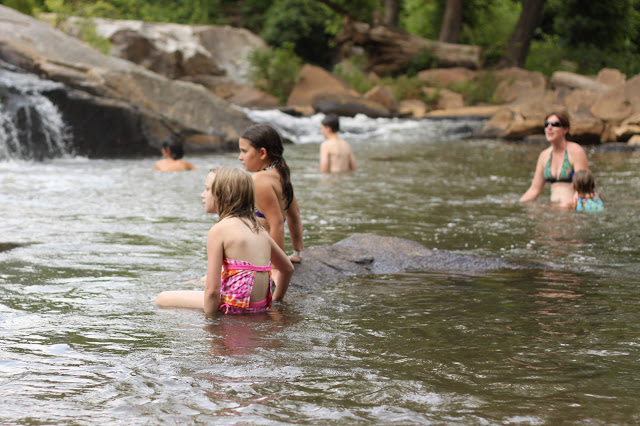 In fact, some of the older boys were actually jumping off the spot where Jaina and Virginia got stuck. 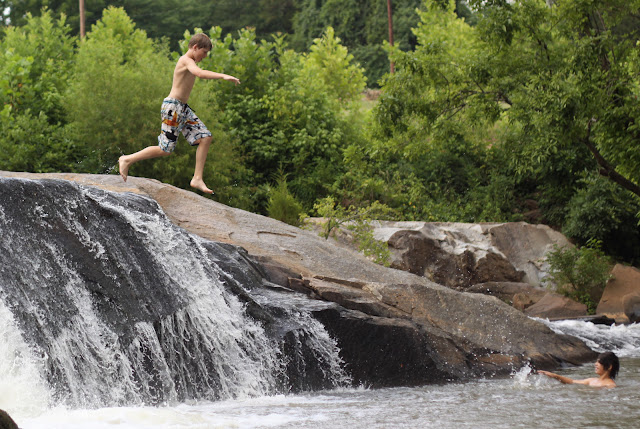 Jocelyn just took it all in stride. She handles the heat outdoors pretty darn well! 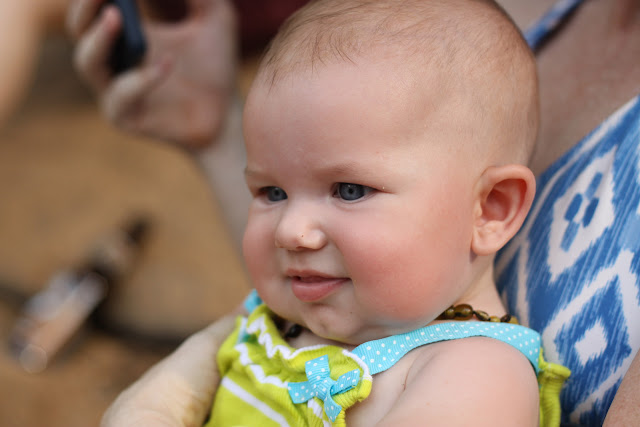 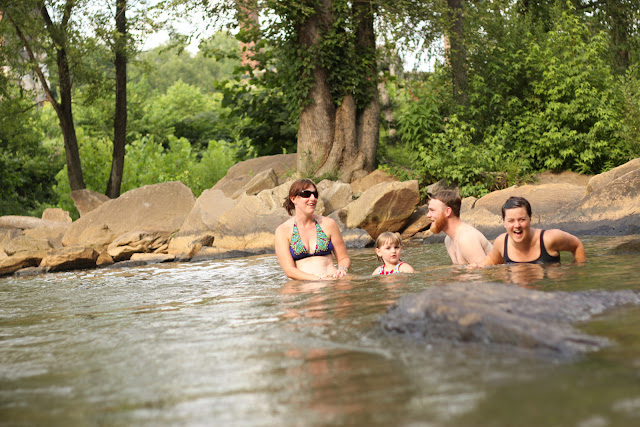 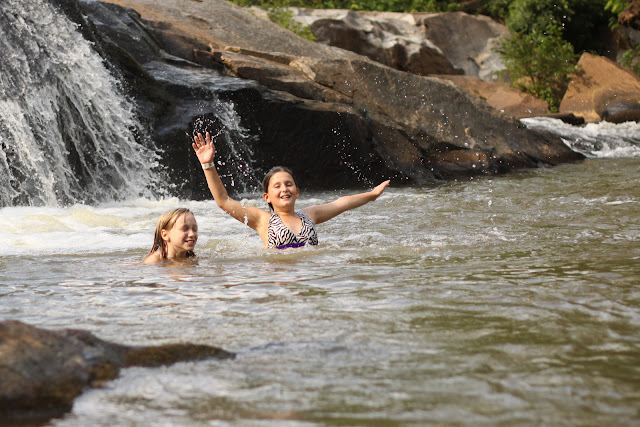 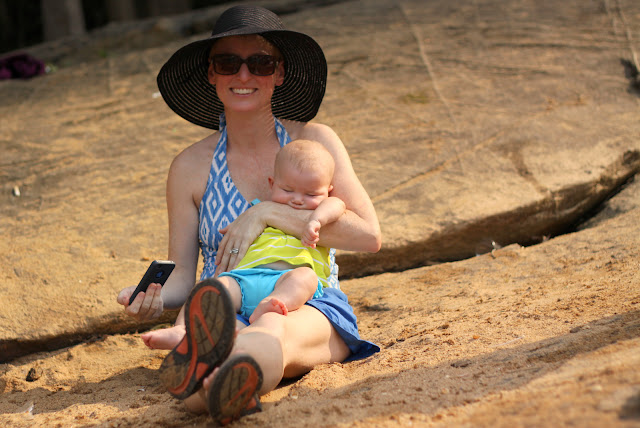 Yes, she had fallen asleep while sucking on my friend's arm. Silly baby!

After the river, we all headed to Angie's for a cook out. And some margaritas!! 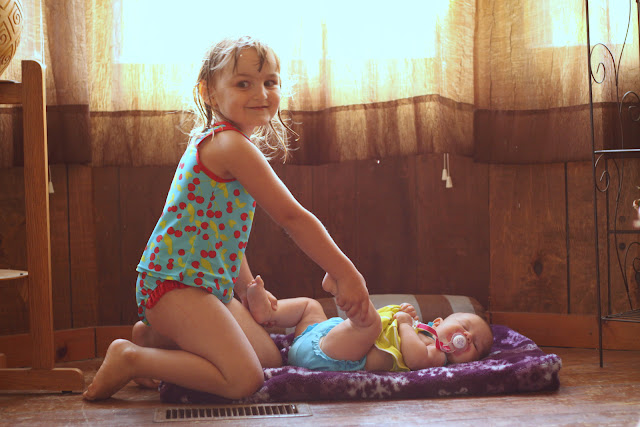 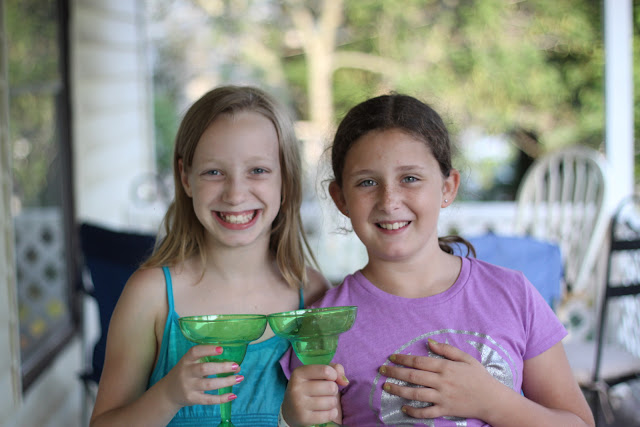 Rest assured that the girls have lemonade in their glasses :) I poured it myself!

I'm thinking that Rednecking on the River is going to be an annual summer event :)
Email Post