Just look at this little guy: 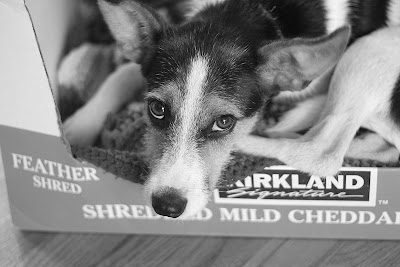 Every time I look in Shaggy's*  eyes, I fall in love with him all over again.

This dog has completely taken over our hearts. 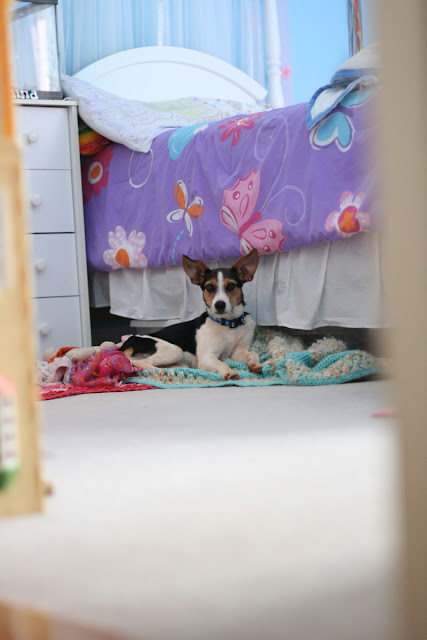 And coincidentally, our house as well :)

We were not looking for another dog. In fact, Brian had told our daughter Jaina "NO!" several times in the past few months about adopting another dog. Alli is eleven years old and not very friendly towards most other dogs. It wouldn't be fair to her to make her change her lifestyle at this stage in the game.

However, fate intervened. Alli doesn't seem to mind our new addition nearly as much as we thought she would. I wouldn't go so far as to say she actually likes him, but she definitely tolerates him, which is a miracle in and of itself. 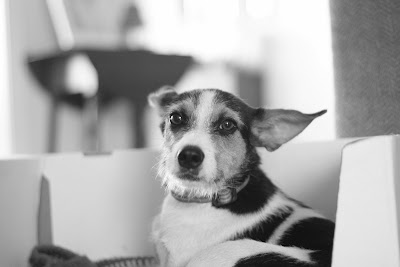 Jaina believes that all her dreams have come true. After a year of asking for a second dog, she finally has her wish. 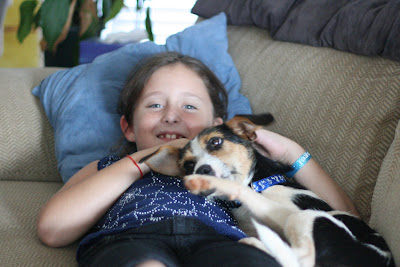 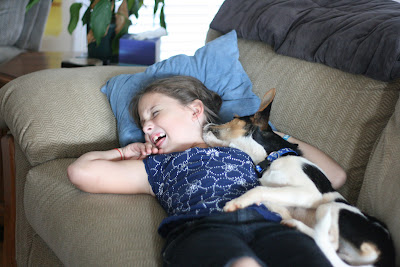 Well... he's a little timid around Shaggy. Our new dog has a lot of puppy in him still. He chases, he licks, and he nips. Hopefully puppy training classes will help with all of this.

Jayce has decided he likes Alli better. Which is great, since he's never paid Alli any attention at all. 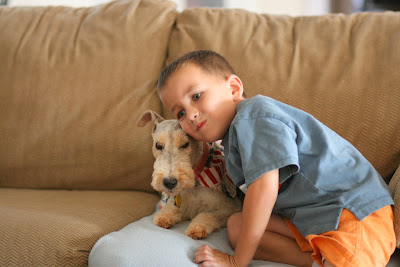 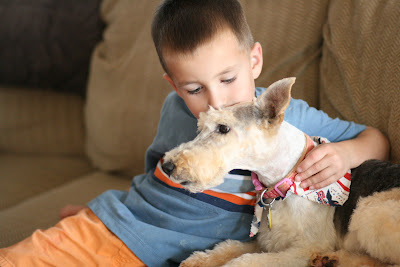 Not quite sure how Alli feels about all this. Maybe she'll learn to like tolerate Jayce in turn! 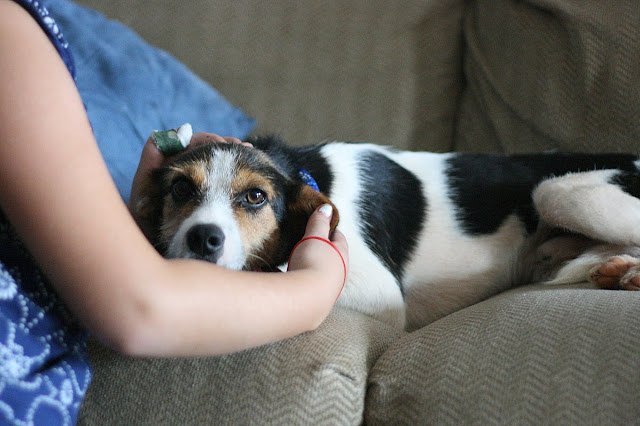 I took Shaggy for his first vet appointment yesterday. He had been limping slightly ever since we found him. We figured maybe he got hit by a car or something? Maybe he had a previous injury that healed poorly?

Ugh. I wish it was that simple.

The x-rays showed a much more serious injury than the vet originally thought after his physical exam.

This is what an x-ray of normal hips look like: 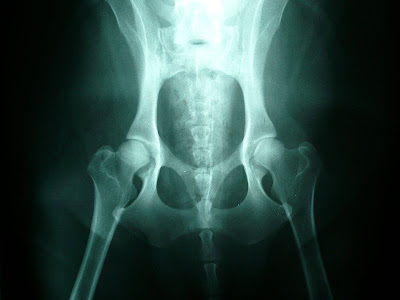 I don't have an x-ray to show you that is similar to Shaggy's, despite me pouring over the internet to find one. Basically, his right leg has come out of his hip socket. We can feel the top of his femur bone jutting out. Its not something we can just pop back in (like if your shoulder or wrist comes out of socket). Enough damage has been done that they are going to have to surgically remove the bone from its position and fuse it back together the correct way.

I had just come to grips with the extent of his injury and the prospect of surgery that I wasn't quite prepared for the vet to point out something else on the x-ray.

"And this is where he was shot..." showing me the little metal pieces of buckshot that the x-ray picked up.

I completely lost it.

Someone shot this puppy. MY puppy. My family's puppy. 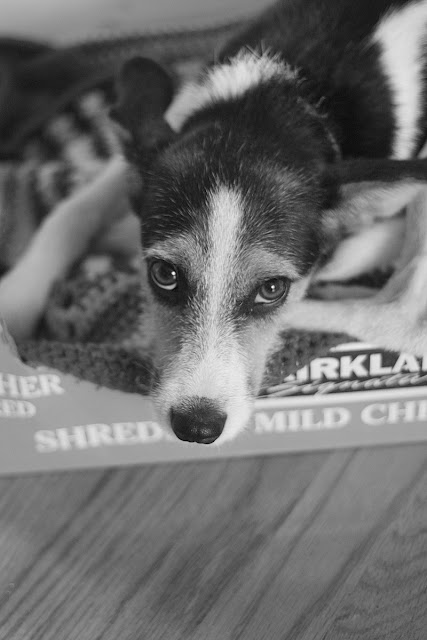 Who would do such a thing? I can't even fathom it. And what's worse? It was probably someone in the immediate area. Maybe not in my particular neighborhood, but in one of the surrounding ones. It makes my stomach sick to even think about it.

He sure is lucky to be alive. And we are so lucky to have him.

And this mantra is what Brian and I will be repeating to ourselves again and again and again each month as we pay off the whopping vet bill that will come to over a thousand dollars.

Because you really can't put a price on family, can you?

* "Shaggy is his official name. Brian still calls him Scruffy and I still call him Sparky. Sometimes we call him Scrappy, too. Poor confused little guy!
Email Post