Watching my first ever soccer game

I think it would be safe to say that I'm not a sports fan whatsoever. I don't mind going to a live sporting event (if the company and food is good!) but don't expect me to watch it or know what's going on. 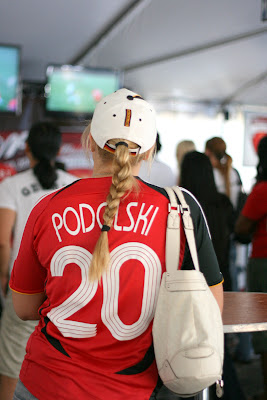 Therefore, it should not surprise anyone that I've never seen a televised soccer match. 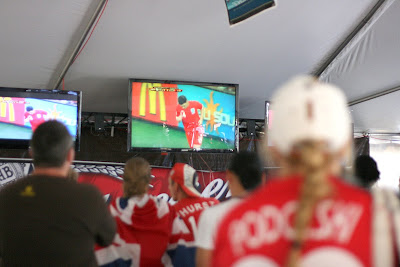 And I probably won't get around to watching one again.

But tell that to my best friend Farrell, and she may not understand. See, she lives in Germany now and she's all about the soccer games. 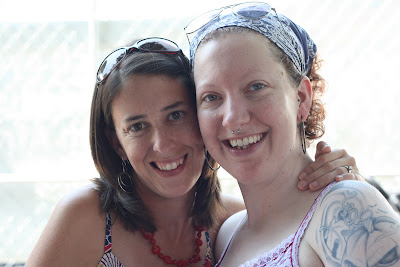 Even though she was visiting in Atlanta during the World Cup games, she had to stop what she was doing to watch the Germany vs. Spain match. 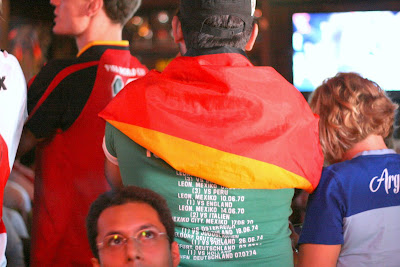 And I, being the best friend possible, bravely watched it with her. 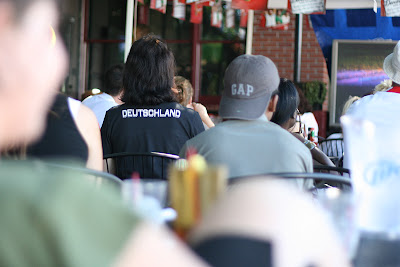 It totally helped that we were in Little 5 Points at the time. 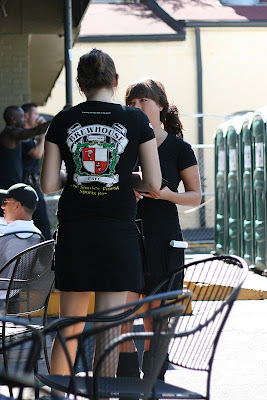 And both the food (and drinks) 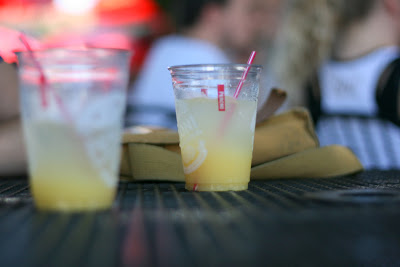 and company were excellent. 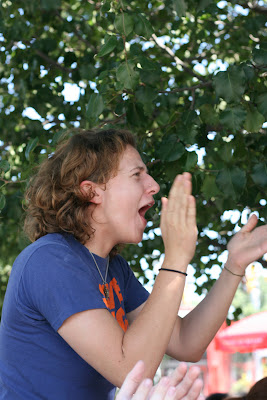 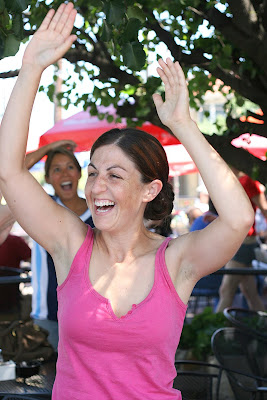 and I admit that the enthusiasm was contagious :)

Now if only I can remember who won....?
Email Post
Labels: Farrell