Almost a year ago, our best friends moved to a far away town in North Carolina. This has been utterly confusing for my 5 year old son, who thinks we can just hop in the car anytime and go visit them.

See, we live about 30 minutes away from the North Carolina border. We go up to Rutherfordton, Hendersonville, Lake Lure, Asheville, Kings Mountain and get there in less than an hour. No big deal.

"So why does it take 6 hours to see my friend?" is Jayce's question.

Then we have to get out the map, show him the entire huge state of North Carolina, where we live, where they live, where Chimney Rock is, and why just because we're "in" North Carolina doesn't necessarily mean we are near their house at all.

The 6 hour distance hasn't been quite the obstacle I had thought it would be. Between both of our families' willingness to make the drive, we've managed to see each other every 1-2 months. Not bad!

We found out this summer that our friends would be traveling to TN to stay with their family. And hey! TN is only four hours away from us! That's a whole two hours less that I have to listen to my kids say "Are we there yet?" so we jumped at the chance to crash at their grandparent's house for the weekend.

Their house is really cool. And they have a kickass pool with a slide! You probably guessed what we did all weekend :) 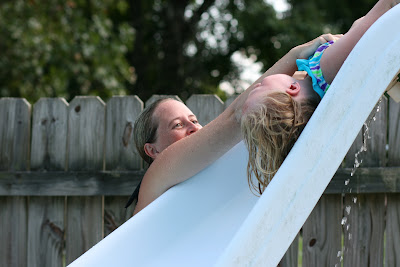 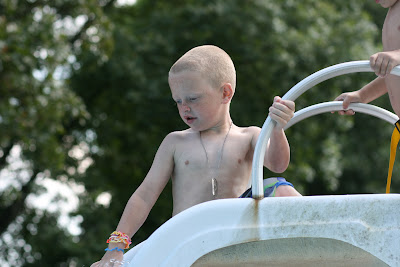 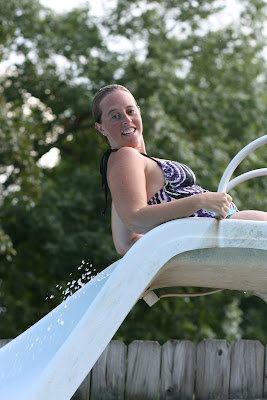 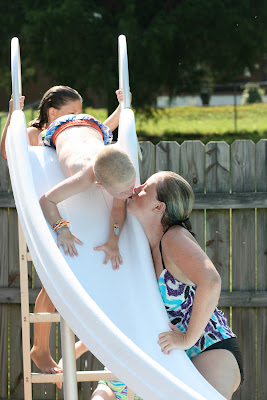 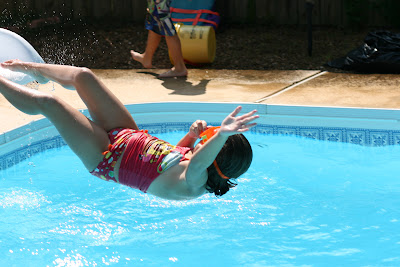 (that was my Jaina, being incredibly brave and going down the slide backwards like that!) Jayce was a bit scared of the slide at first. He had to go at his own pace, get comfortable with the idea of it on his own. After his first plunge, he wanted to do nothing else! 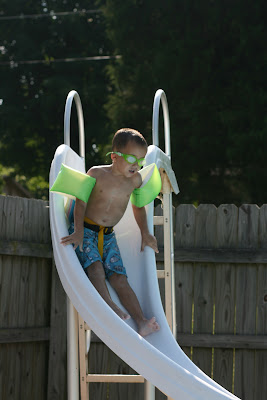 I think this trip was also the event that spearheaded his obsession with "pool feet". That concept deserves an entire post of its own. If you know Jayce in real life, you already know WAY more about pool feet than you ever wanted to. 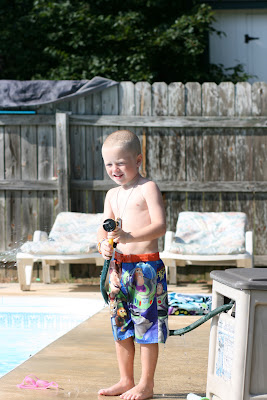 We did get out of the water long enough to eat out and see "Toy Story 3" together. It was a great weekend!
Email Post
Labels: Ashlan